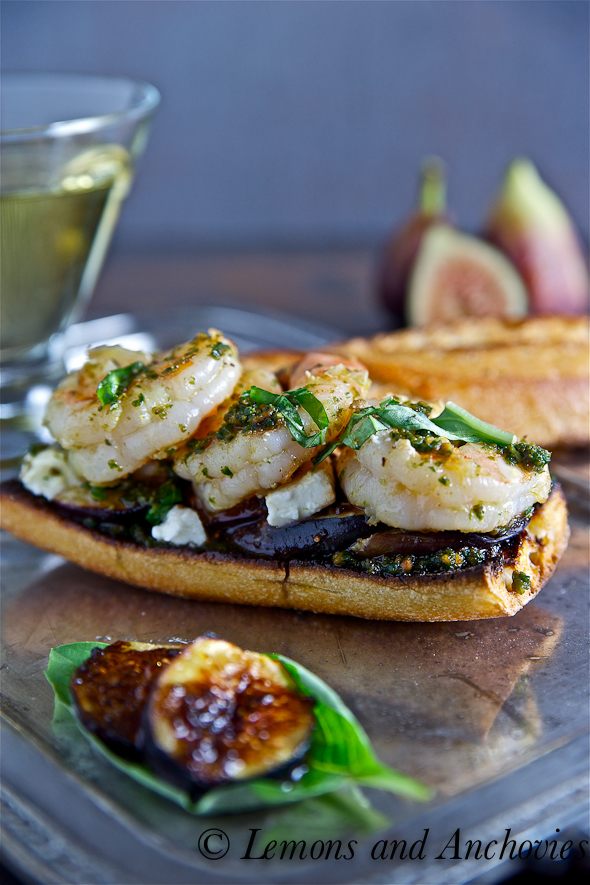 I can count on one hand the number of times I will choose a sandwich for dinner (on any given month with few fingers left to spare) over a rice or pasta dish.  I wouldn’t think twice about a turkey, tuna or roast beef sandwich for lunch but for dinner?  I don’t know why my mind discounts it as “not a real meal” if a sandwich is on my menu.  It’s irrational to think this way, I know.  However, sometimes–and it doesn’t happen too often–certain ingredients thrown together between two pieces of bread prove to me that sandwiches are more than just a secondary option. 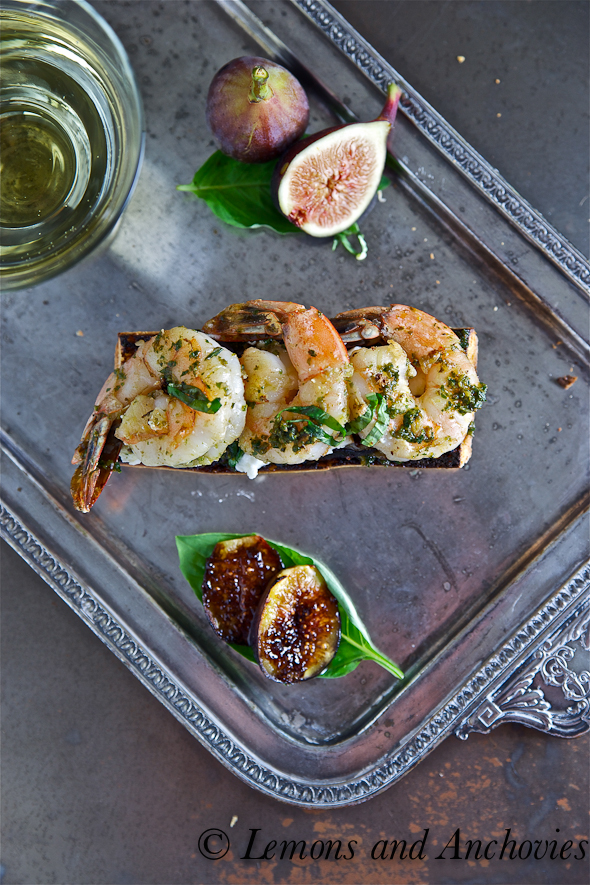 Along with a fresh baguette and other weekly grocery staples I couldn’t resist picking up a basket of fresh figs.  I didn’t really know what their fate would be in my kitchen but I knew they wouldn’t go to waste.  I will say, though, that a sandwich was the last thing on my mind.  But as I nibbled on a slice of my baguette between sips of wine and conversation with my husband, inspiration struck.

This Prawn, Pesto, Fig and Feta Sandwich was meant to be an appetizer served as crostini.  I was going to toast longer pieces of the baguette for convenience and cut them before serving but since there were only the two of us, a sandwich made more sense.  Along with the baguette pieces I broiled some fig slices brushed with my leftover fig-balsamic dressing.  Once toasted I spread some of my homemade pesto sauce on the bread, layered the figs and cooked prawns, added some feta cheese and basil leaves and this sandwich was born.

Maybe it was the wine we were having but my normally fig-averse husband (who also loved my fig-balsamic dressing, go figure) couldn’t get enough of this sandwich.  It was the perfect balance of sweet, salty and savory but more importantly, it was magic between two pieces of toasted bread.  I think it’s time to re-evaluate my ideas about dinner. 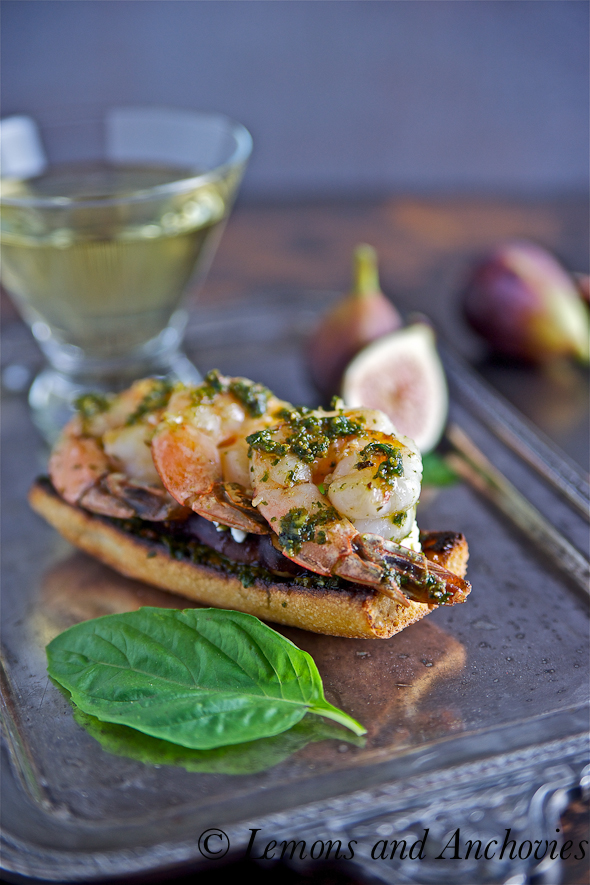 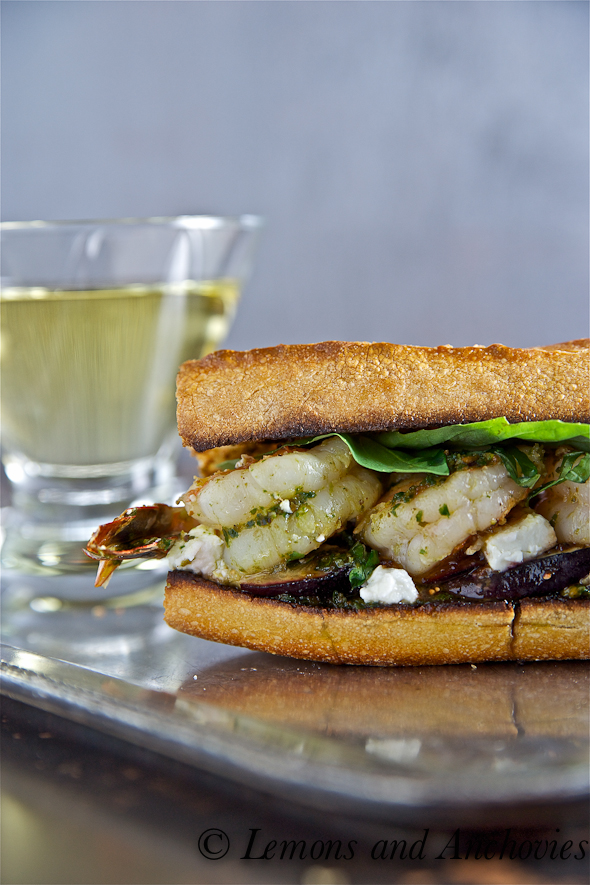 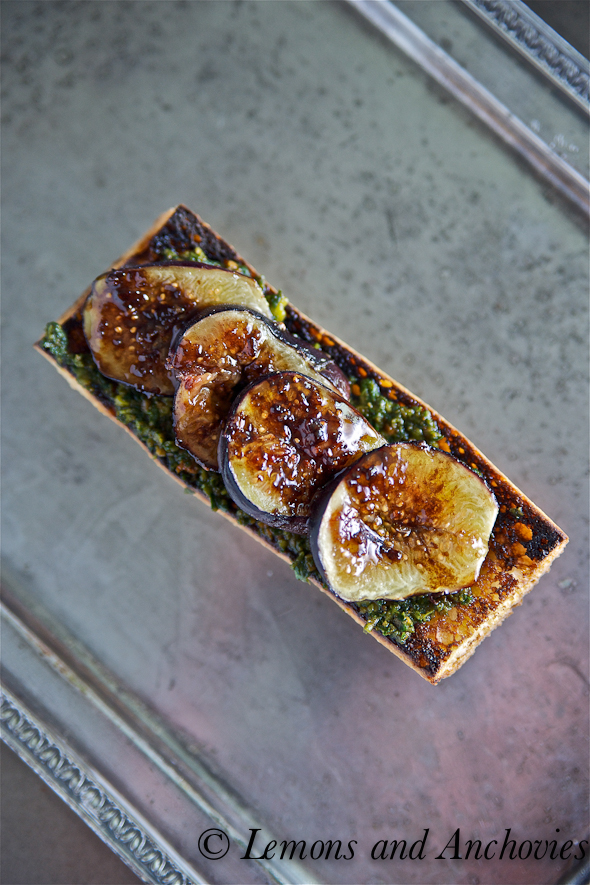 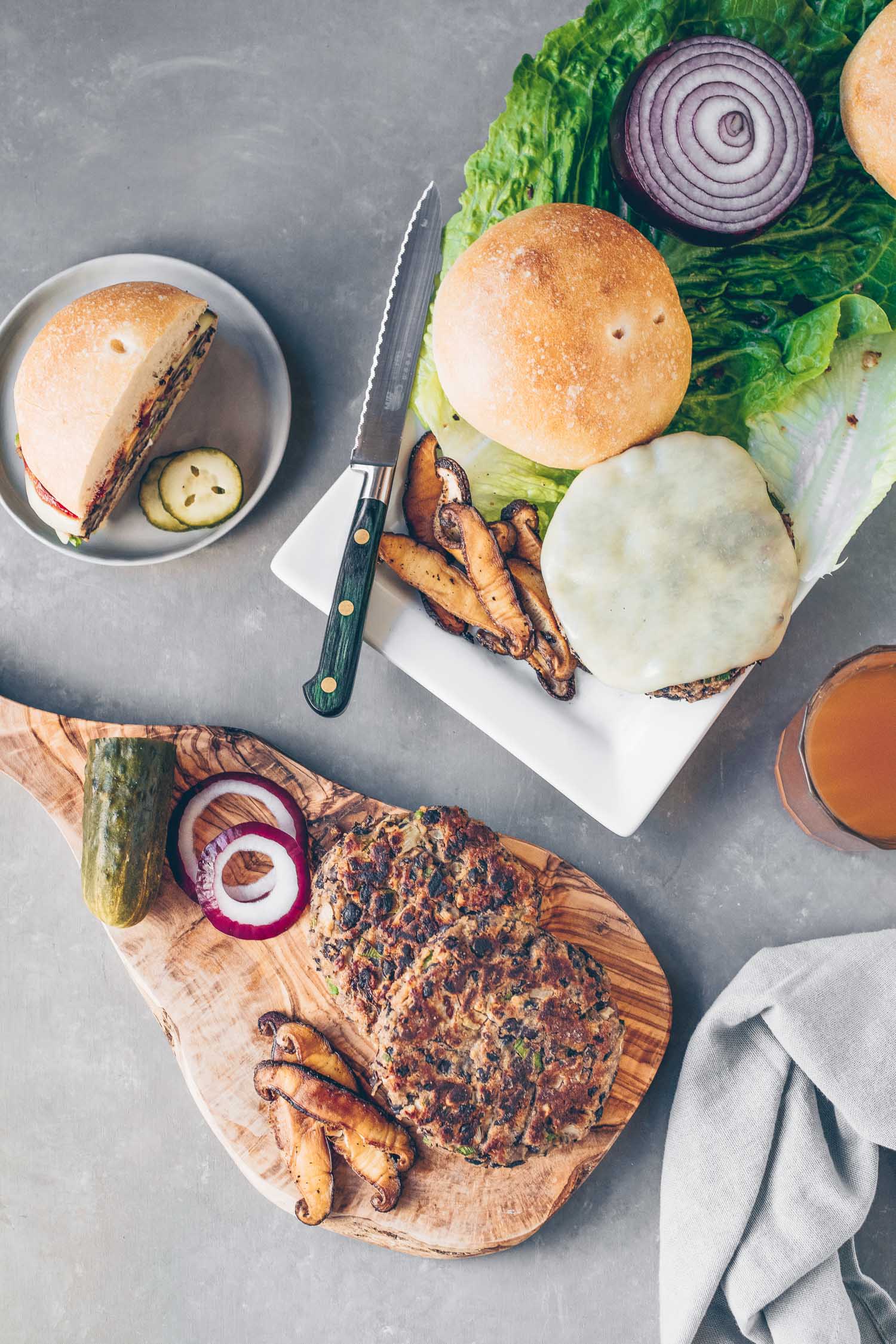