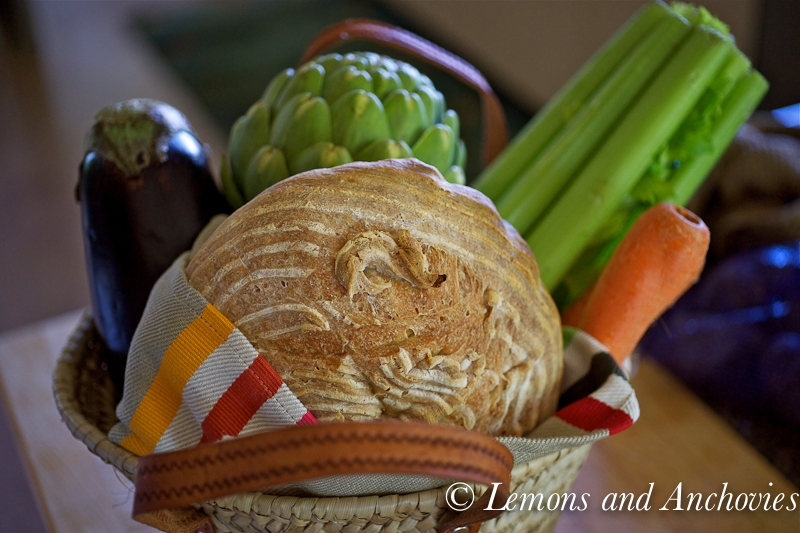 Last year, as part of the Foodbuzz Project Food Blog contest, I tackled one of my kitchen fears:  Bread making.  For one who considers herself reasonably capable in the kitchen, I had a big fear of yeast and kneading bread dough.  It took a challenge to encourage me to go one-on-one with a sourdough recipe.  The good news is that jumping right in made a molehill out of the (yeast) mountain I feared so much.  My sourdough bread turned out just fine though I was not without disappointments. 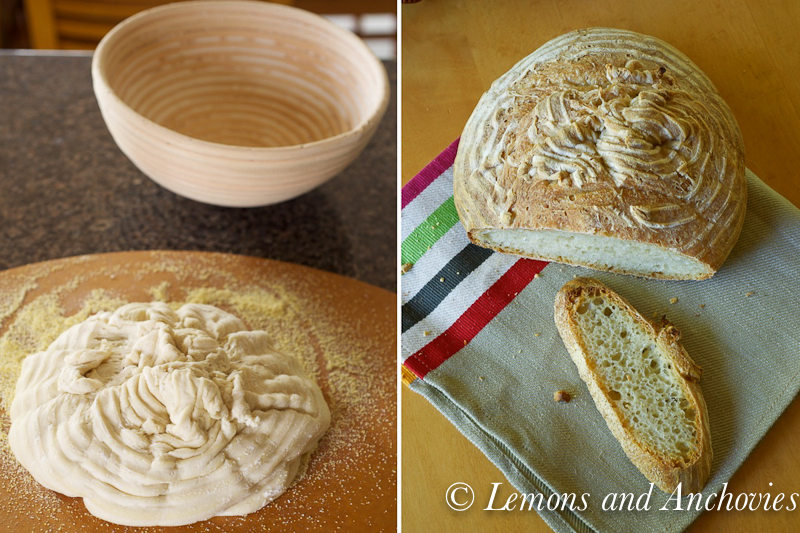 I grew up in San Francisco, after all.  Sourdough bread is a big part of our food culture.  A breadmaking process that likely originated in ancient Egyptian times became part of San Francisco tradition during California’s gold rush.  It’s been said that men who journeyed here to have a slice of California pie–gold–would first stop in San Francisco to purchase bread “starters” (a fermented mixture of flour, water and yeast) to take with them to the Sierra foothills, sustenance as they sought their fortune.  These men even came to be called “sourdoughs”.  These days, San Francisco sourdough is considered the most popular in the country.

I did not use a starter with a San Francisco pedigree (did you know that you can buy starters from San Francisco containing lactobacillus sanfranciscensis, the bacteria that is said to give breads here their characteristic sour flavor) but my desire for improvement was not due to an inferior recipe. 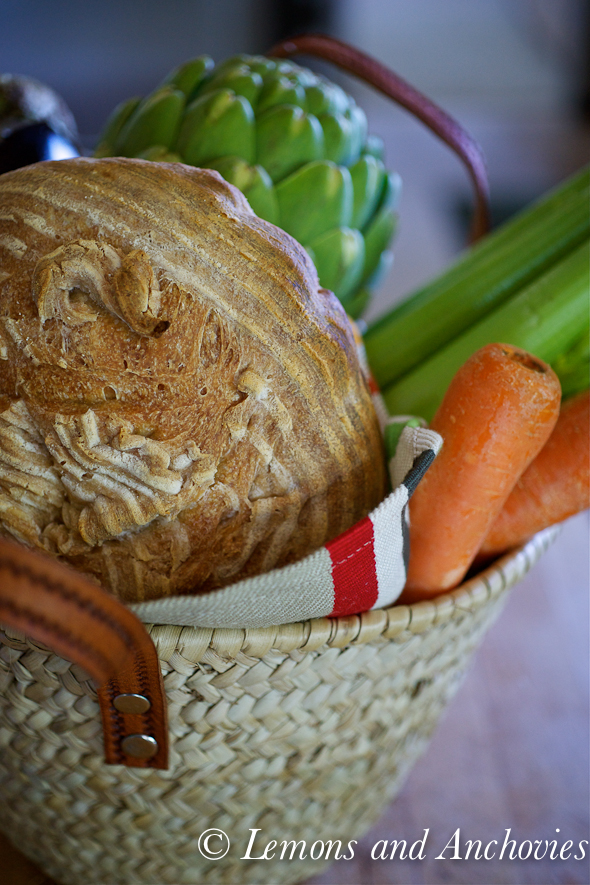 To date, my homemade yeast-based breads have lacked the boule shape (ball) that I long to achieve.  Even my no-knead creations have produced somewhat flat loaves.  Enter the banneton.  I learned that a proofing basket (in second picture above) would help to provide structure to the dough during its final rise instead of spreading out flat.  Using wicker is also supposed to aid in absorbing moisture but I was after the round, ball shape–the nice ridge pattern would also be a bonus.

As you can see from the second picture above, my banneton did its job creating the beautiful ridges I was after (I don’t even mind the knotted look of the top which stuck to the basket).  However, I did not flour the basket enough before using it so my dough stuck to the bottom after an overnight rest.  I had to carefully peel off the dough without it deflating from too much handling.  Was I tempted to toss this batch? Sure, but only for a minute.  I waited to see if the last rising period would help the dough recover, and I can say that the baked bread did not look as pitiful as when I first pried it loose from the banneton.  It is rounder than my first try a few months ago, though there’s still room for improvement.  Overall, I’d say I made some progress. 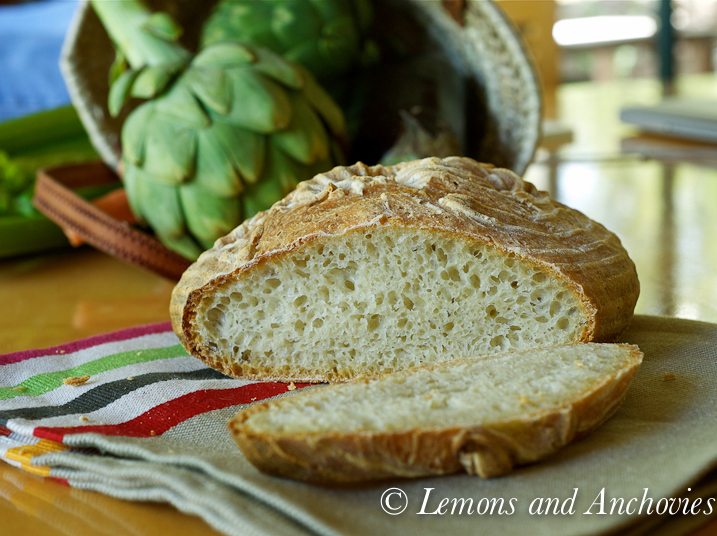 Before attempting a new recipe, I decided to stick with the hobz Malti (Maltese sourdough bread) which I’ve used before.  I was happy with my first try but my San Francisco-bred taste buds knew something was missing.  The distinct sour flavor wasn’t as pronounced as I would like, but I suppose it was because my starter was new.  I suspect that my starter would have progressively developed  more sourness over time but my bread making experiments stopped after that first attempt and I finally discarded it.

This time, the bread was indeed much improved.  While the distinct sourdough tang is still only mildly discernible, the overall taste is noticeably better.  My husband, a bread aficionado, declared it on par with the artisan baguettes I pick up for him a couple of times a week.  I’ll assume most of that is encouragement rather than an objective assessment.

What did I do differently?  I used bread flour instead of all-purpose flour.  Apparently, the former contains more protein and the high-gluten content works with the yeast to achieve more rise and a chewy texture.  I still don’t understand all of this completely but I can say that using bread flour made a big difference.  I also waited until the bread cooled to room temperature before having my first taste.  My husband and I have never been able to wait before and we would dig in while the bread was still warm.  The drawback was that the rest of the bread would dry out.  Waiting produced a crisp, chewy crust with a soft and moist inside.

Half of the loaf is now history, after only a few hours, a sure testament that my sourdough project is heading in the right direction.  I will continue to work with my starter to see if the taste improves over time.  I’ll be sure to report my findings.  In the meantime, you can find the recipe here and I offer my tips below.

You will have to knead your first batch of bread for about 12 – 15 minutes.  Be sparing when adding flour while kneading.  I added just the minimum to keep the dough from sticking to the counter and periodically, I dipped the pads of my hands in flour to keep the sticking to a minimum. 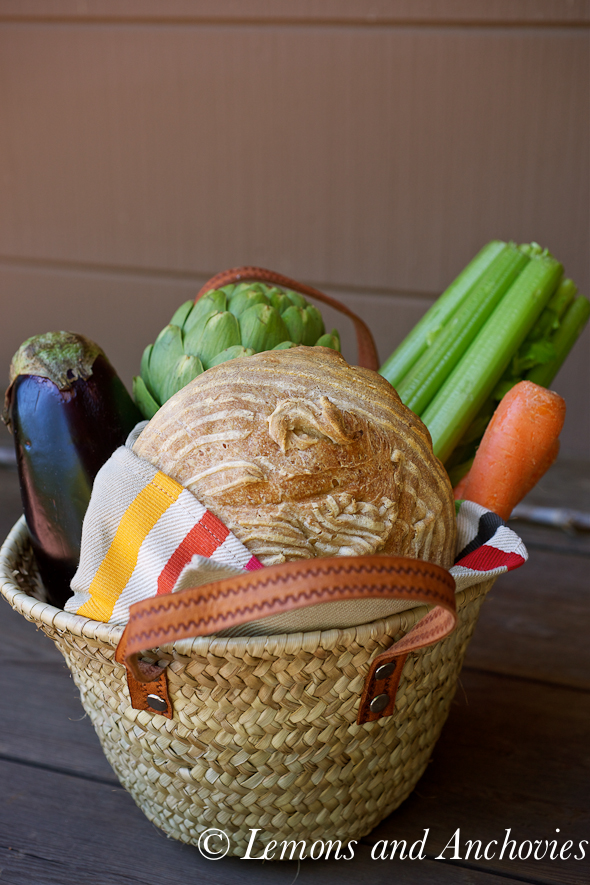 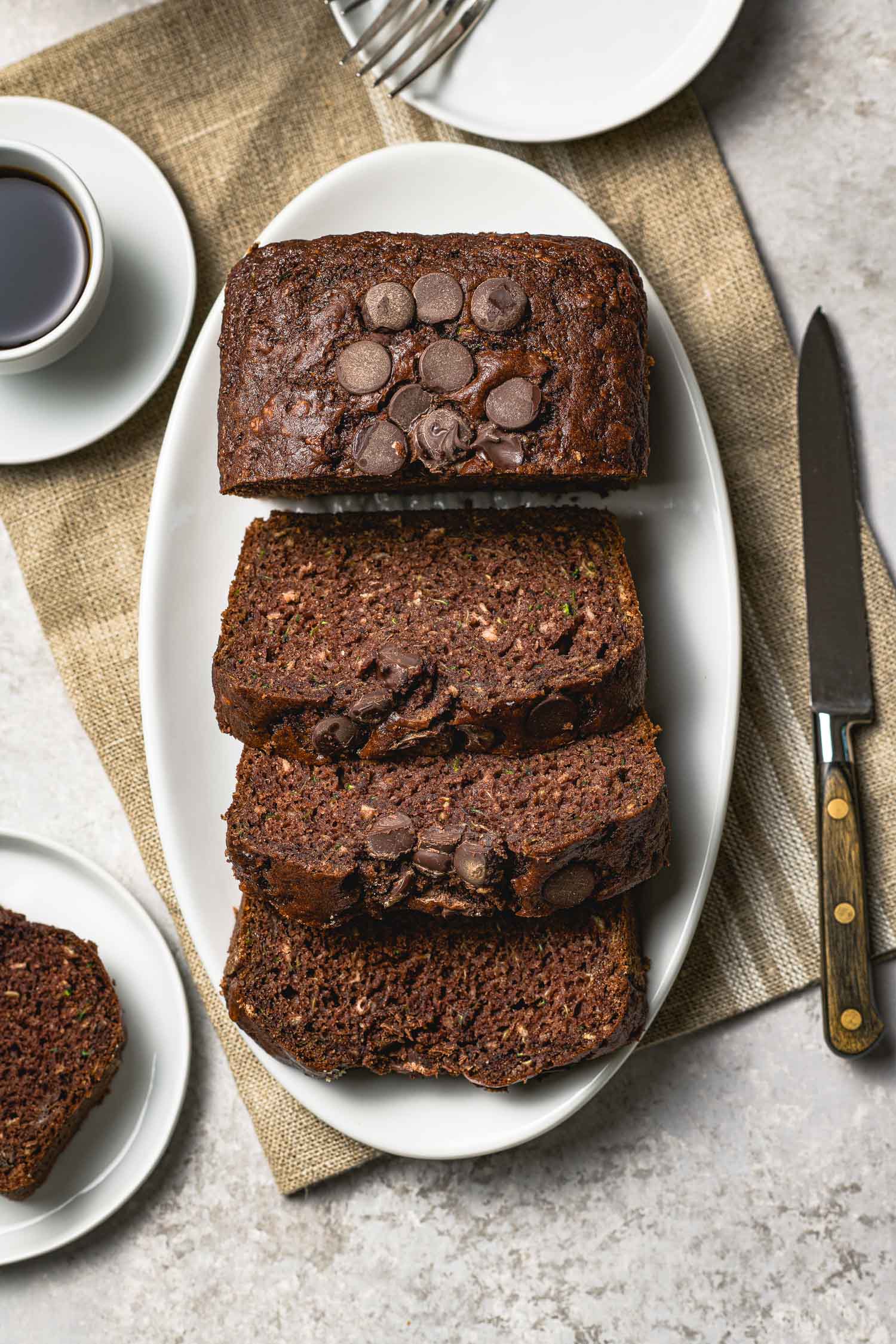 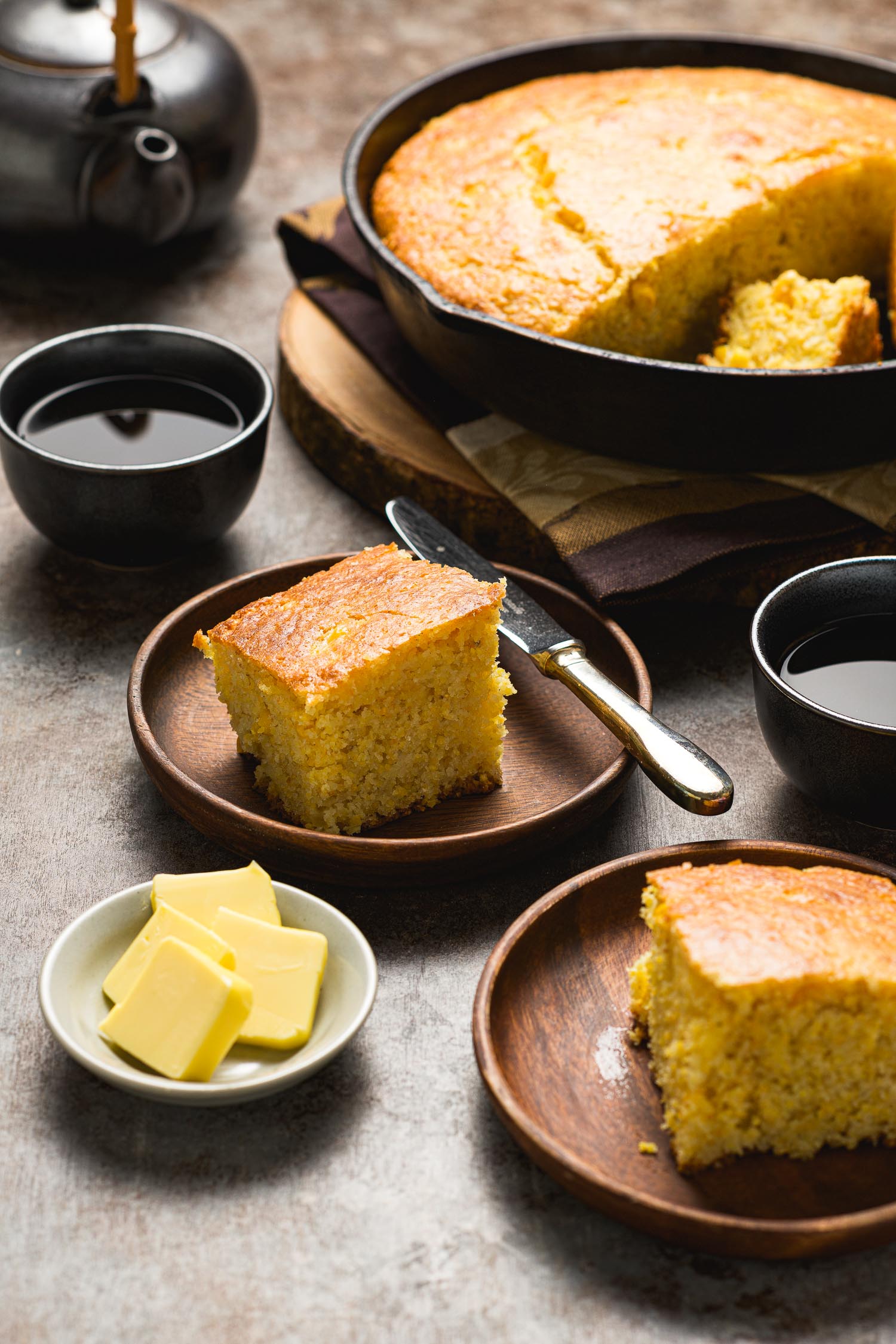 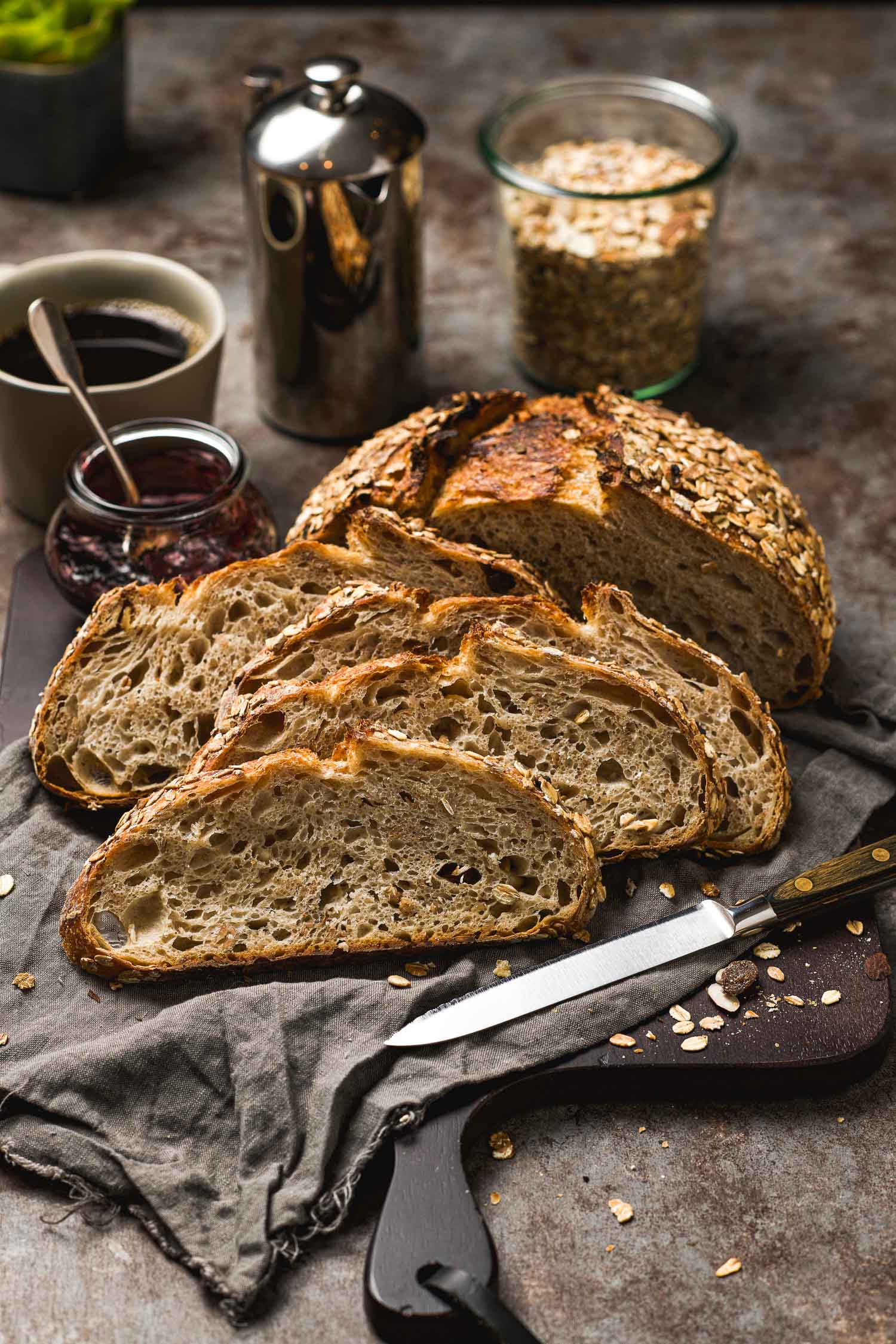