These waffles have a savory surprise inside and are also a tasty way to use up sourdough discard. 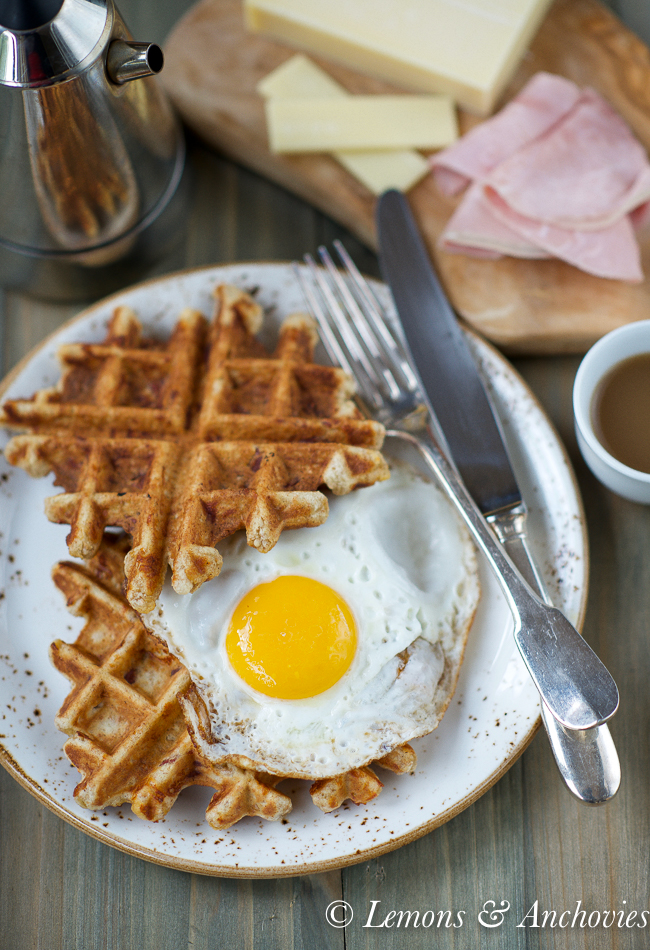 Most bakers who maintain a sourdough starter have their go-to recipes for the discard–the leftover starter that gets tossed in the trash after a small amount has been set aside for future bakes. Crackers, pancakes, waffles and breadsticks are the most popular uses for what others say is “spent fuel” (the microorganisms have already consumed the sugar in the flour), so disposing of this excess starter shouldn’t stir up guilty feelings due to wastefulness.

I admit to being an excess starter tosser most of the time, especially in summer when my baking days are few and far between and my Ida is fed only once every three weeks. Since I don’t maintain a lot of starter I’ve convinced myself that discarding about one-third cup of it every few weeks is no major sin. 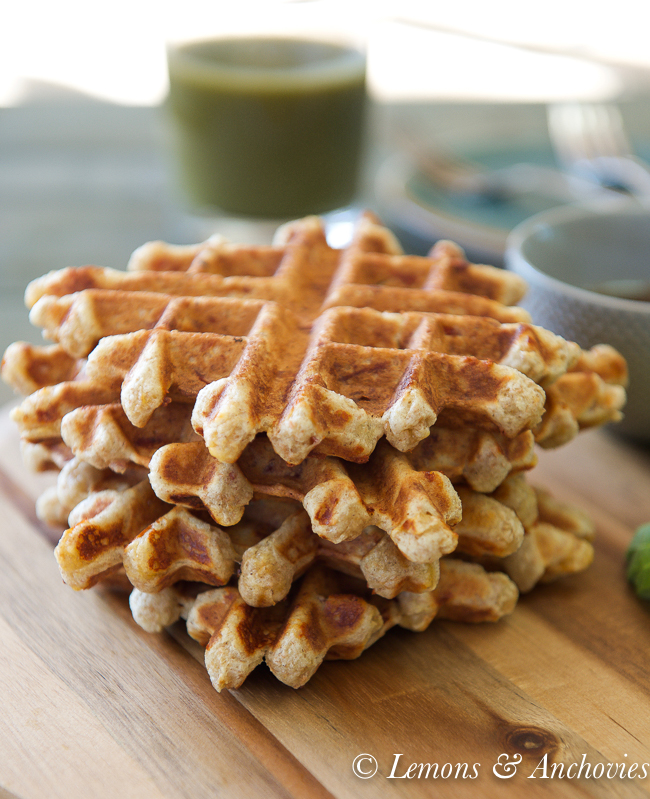 But today, after feeding Ida and setting aside a small portion for tomorrow’s bake, I couldn’t bring myself to toss what was left in the jar. It was nearing lunch and my fuel tank needed a fill-up after my light, smoothie breakfast. I had roughly 80 grams of leftover starter–not much, really, but with my weekly bakes the discarded amount had started to add up. So not a single gram of this batch was going to waste.

I’ve made crackers, breadsticks and even this bread with sourdough discard before. This time, I had a hankering for waffles so I threw together a small bowl of batter, adding wheat bran to up the nutrition and ham and cheese for a savory surprise. I went against the normal rule of letting the sourdough batter rest overnight but it turned out not to be a problem.

What the waffles lacked in lift they made up for in flavor. They weren’t dense; rather, they were thin, crisp on the outside and just enough to encase the ham and cheese inside. Drizzled with just a little maple syrup I enjoyed the balance of savory and sweet. The subtle savory touch here worked for me but if you want a cheesier, meatier waffle, this batter can accommodate more of both. Even better is that you can prepare these ahead of time and freeze the rest to enjoy later. And no starter waste! 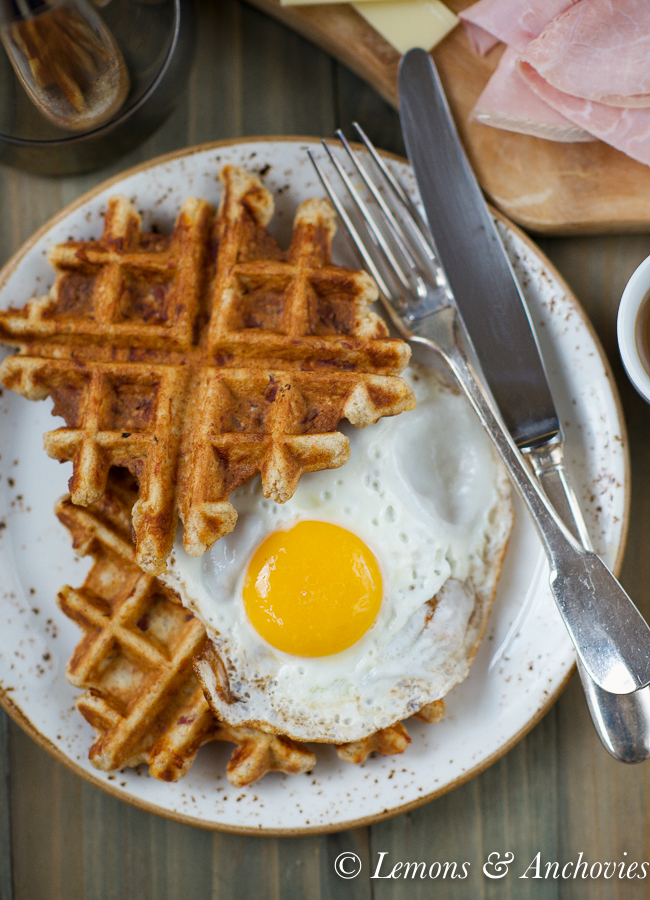 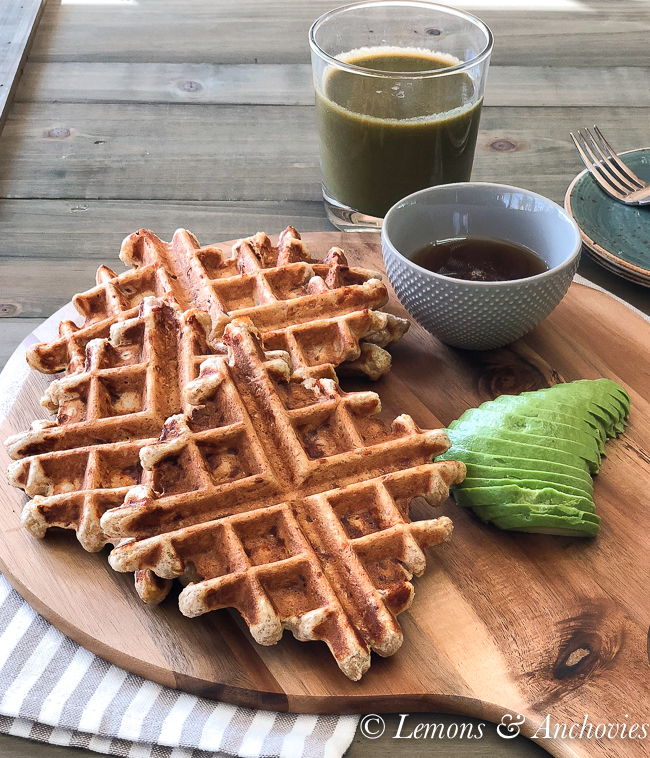 This recipe can easily be multiplied according to the amount of sourdough starter you have to use. If you wish, you can also add more ham and cheese.