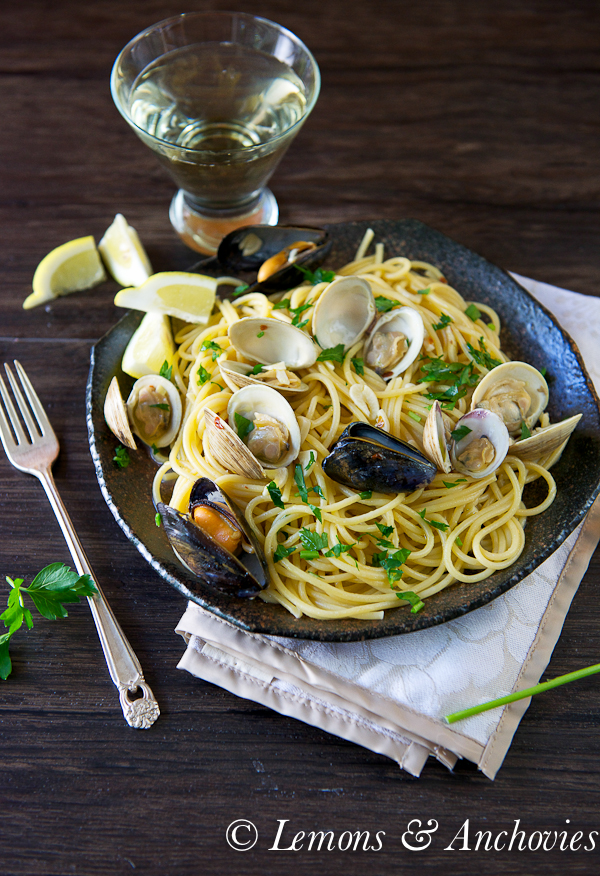 The pendulum has been swinging between spring and summer in our neck of the woods.  With no air-conditioning in our half-century old house and temperatures rising last week, I had to pull our very old electric fan out of storage.  This is a fan from my husband’s childhood, a contemporary of our home.  Rather than vertical blades, horizontal blades are encased in a cylindrical metal canister.  My husband remembers sitting on it as a young boy and being warned by his father not to stick his fingers in the grate.  It’s old, a little heavy though not unattractive and we can’t seem to part with it.  It does its job recirculating the air in our bedroom and I actually like its steady humming for it helps lull me to sleep.  It was a godsend one night last week when it felt like the middle of July.

Then as if the sun meant only to make a cameo appearance, it retreated behind the clouds just as quickly as it showed up.  Flip flops, shorts and the fan were set aside again. 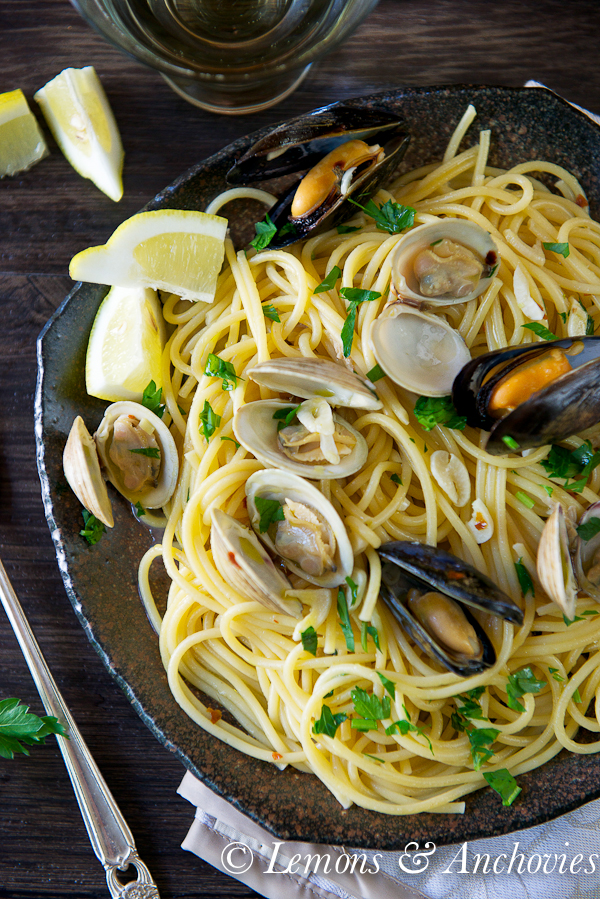 The drop in temperature had me craving a big meal but without the richness of typical winter food.  I decided on a house favorite and made it new by tweaking the recipe just a little.  This is just a slight variation on my go-to Spaghetti con Vongole ;  I used mussels in the recipe because my market didn’t have enough clams.  This wasn’t a problem at all–where the biggest change took place was in my omission of butter and extra clam juice.  As much as I love my old recipe I’m finding they’re not really necessary to make a good pasta with clams.  With lots of good, fruity olive oil, garlic and fresh shellfish you really don’t need much else.  Since the olive oil would make up most of the “sauce” here, I used my favorite from the Napa Valley Olive Oil Mfg Company.  Try to use an oil here that you like so much you wouldn’t mind drinking it if you could.  I might even consider omitting the wine next time to really let the olive oil and clam flavor shine.  This recipe should serve four but my husband and I made it a generous dinner for two. 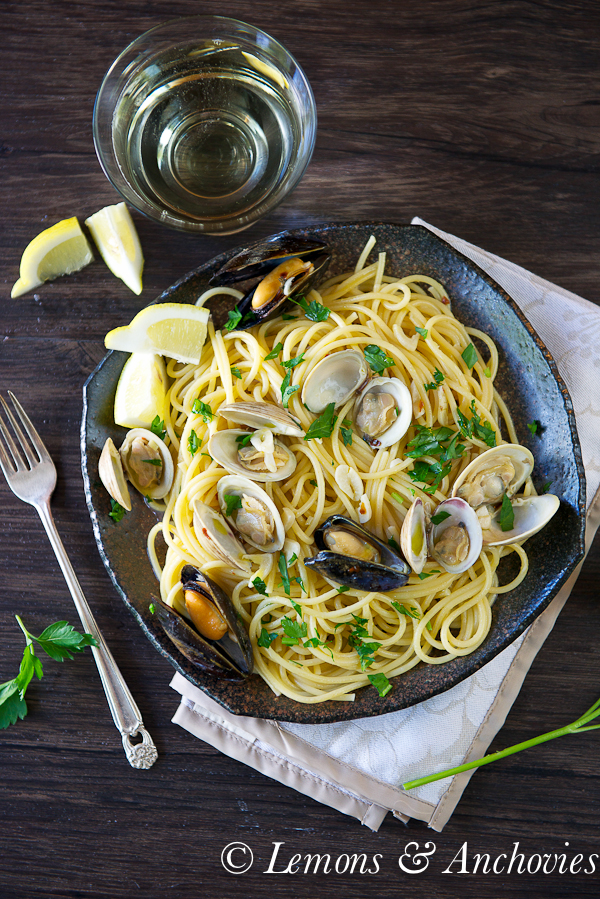 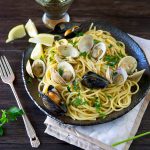 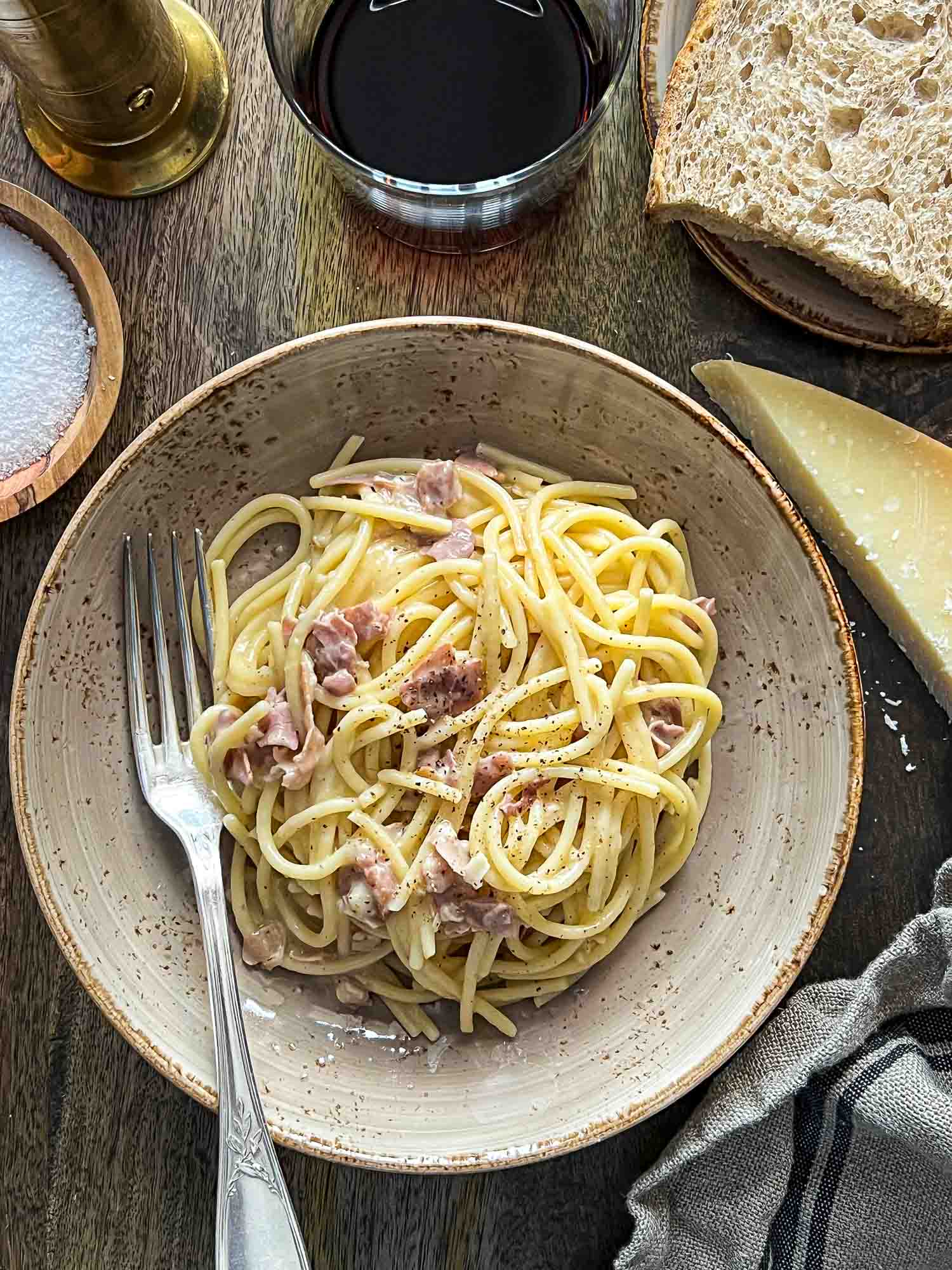