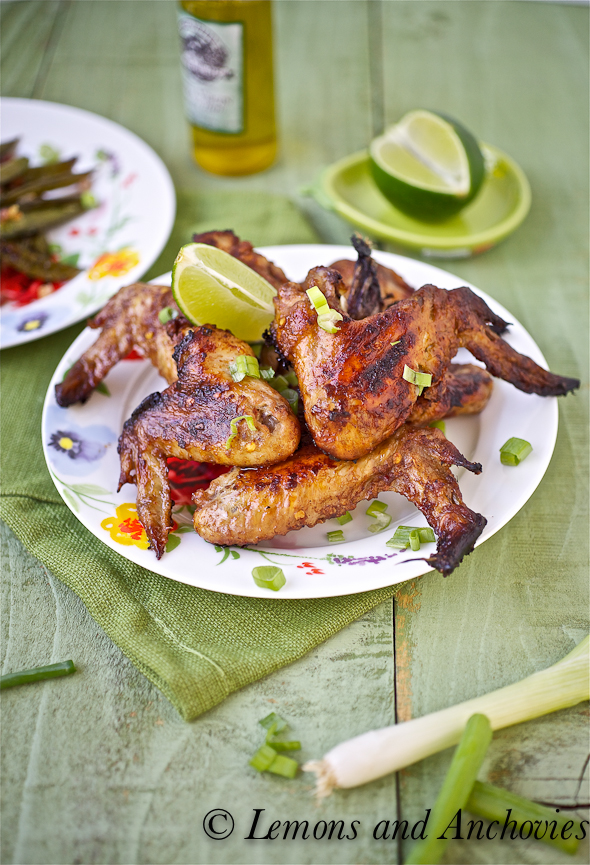 Chicken wings.  I have always loved them but I rarely ever order them at restaurants and even less frequently prepare them at home (this marks the third or fourth time, ever).  It’s not that I’m afraid the public will think me unrefined for eating them–they are considered finger food, after all–but I can’t ever seem to recruit a friend to enjoy them with me.  Not that I would need help eating an entire plate of chicken wings, mind you.

I have three favorite preparations:  classic Buffalo wings made with Frank’s Red Hot, the Korean wings from Heung Yuen in San Francisco that I haven’t had since I was a child but still fondly remember (fried until crispy then tossed in a sweet, salty, spicy sauce) and finally my sister’s version which she marinates in lemon juice and soy sauce then lightly breads before frying.  My middle sister learned how to prepare chicken wings this way when we were still kids.  Me? I was content just eating them.  It always amazes me how far ahead of the cooking curve she was compared to me.

Over the last few weeks I have seen chicken wings everywhere on the web so I finally gave in and decided to make my own despite knowing that my husband isn’t as crazy about them as I am.  I threw together some ingredients I already had:  tamarind concentrate, lime juice, fish sauce, olive oil, garlic and chili flakes and marinated the wings for two days (several hours up to a day is enough).

Tamarind is used as a souring agent in many South East Asian dishes and is usually paired with fish sauce to provide the needed bit of saltiness to balance out the flavors.  Baking the wings caramelized the tamarind mellowing its tartness, instead lending deep, bold flavor to the meat and skin that practically fell off the bone.  Next time I might add lemongrass to the marinade but don’t think I’m complaining at all how these turned out.  Since I hadn’t originally planned on publishing this recipe here, it was with much effort that I stopped eating so I could quickly photograph what was left of the batch.  I realized they were worthy of sharing with you after the first bite.

* I served the wings with snap peas roasted with pancetta, garlic, olive oil and salt (10 – 15 minutes in the oven). 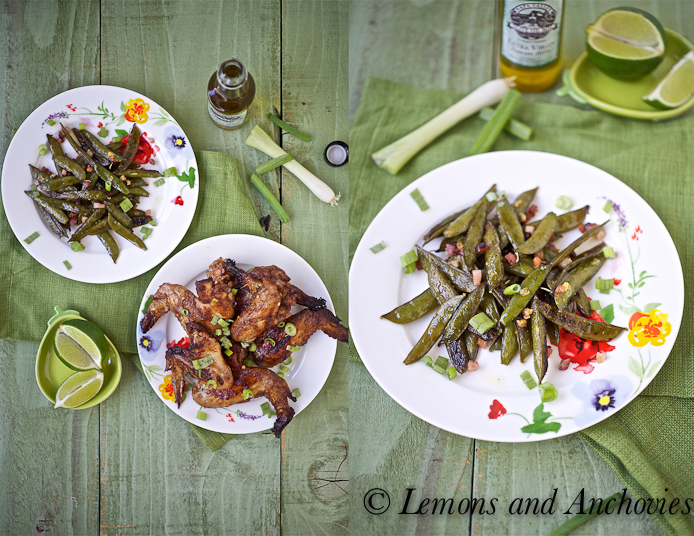