Lemon Bars – My Search for “The One” 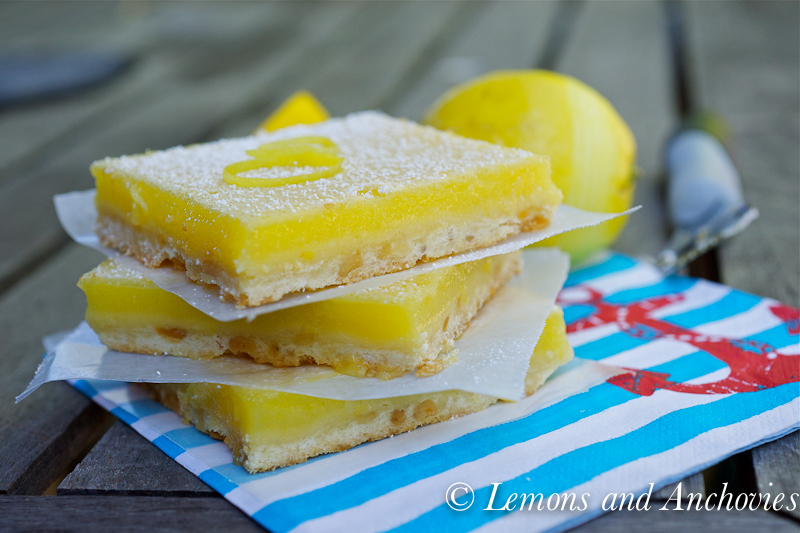 It’s always good to start out with good news first, right?  I’m happy to say that my husband is fine.  I won’t bore you with details but the last week has been quiet stressful for both of us, reprieve not arriving until yesterday.  My normally very athletic husband was sentenced to a week of inactivity and worry, not his favorite pastimes. Work continues to be busy and with a trip planned for later this week, the hiccup with him threatened our departure (which I would have been happy to reschedule) but true to (stubborn) form, he was determined to stick to the plan and thankfully, he’s much better now.  He and I had a dear friend who left this world much too soon who impressed this idea so clearly upon us:  Your health is your wealth.  So true. 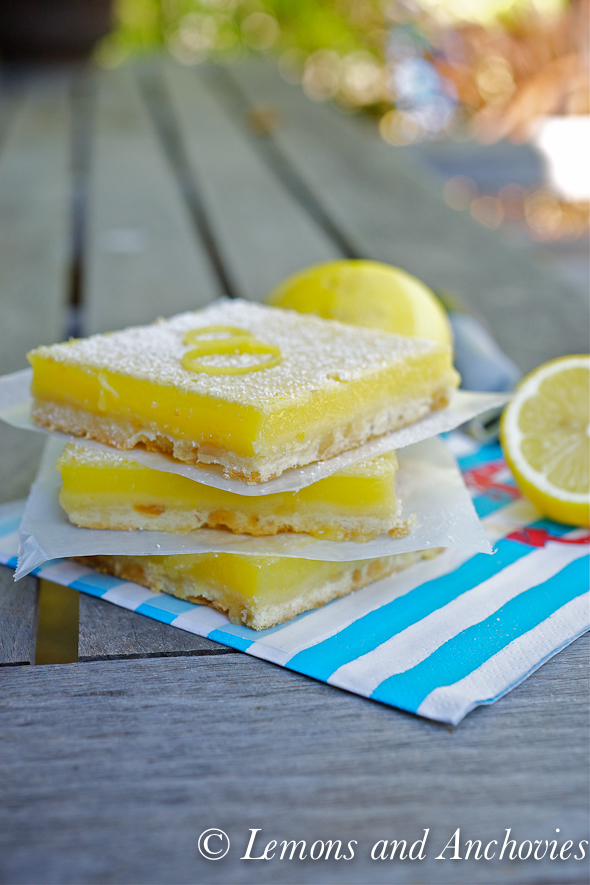 So in honor of events taking a turn for the (much) better, I thought I would share with you one of my favorite treats, lemon bars.  Surprised? Probably not.  I can’t believe it has taken me this long to share a recipe with you. A recipe, not my recipe or the recipe for as loyal as I am about many things, I am, well, you could even say promiscuous when it comes to lemon bar recipes.  I am always in search of my idea of “best”.

My first version, strangely enough, came from a Cooking Light book.  I was attracted to its figure friendlier qualities and it was not a bad recipe at all.  I used it for many years and my family loved it.  But after years of trying to change the recipe to get it right for me and not quite getting there, I realized it was time to let it go.  It lacked the prominent lemon flavor I like and the crust did not particularly stand out.

The next prospect came by way of an accidental encounter online.  A blind search yielded America’s Test Kitchen’s version of the “perfect” lemon bars.  Ironically, the recipe is different than the one I have in one of my ATK books but a test run yielded better results than my dalliance with Cooking Light.  The crust was crisp but the filling still needed work.

This past weekend, I tried my luck with  Tartine Bakery’s lemon bars.  Though I haven’t tasted the bars sold by one of San Francisco’s premier bakeries, I felt reasonably comfortable that my high regard for their other offerings meant their lemon bars might be a safe bet.  Their crust is described as a brown butter shortbread crust but there was no browning of butter here.  What was new to me is the addition of pine nuts which lent a nice hint of nuttiness against the tart lemon filling.  The crust was not oily but crisp.  The lemon filling, again, was nicely tart.  I actually thought that it might be a bit too tart for me–is that even possible?–but I still consider it a winner.  Using a combination of meyer lemons and regular lemons would easily fix this next time.  Its other virtues? The proportion of crust to filling was perfect.  Usually, one or the other element is lacking but not so here.  Lastly, the recipe calls for a 9 x 13 inch pan, not a paltry 8 x 8, which means larger bars.  I brought the lemons bars to a get-together Sunday night and my friends gave them an enthusiastic thumbs up.  I think I might have a future with this recipe but I won’t make any commitments just yet… 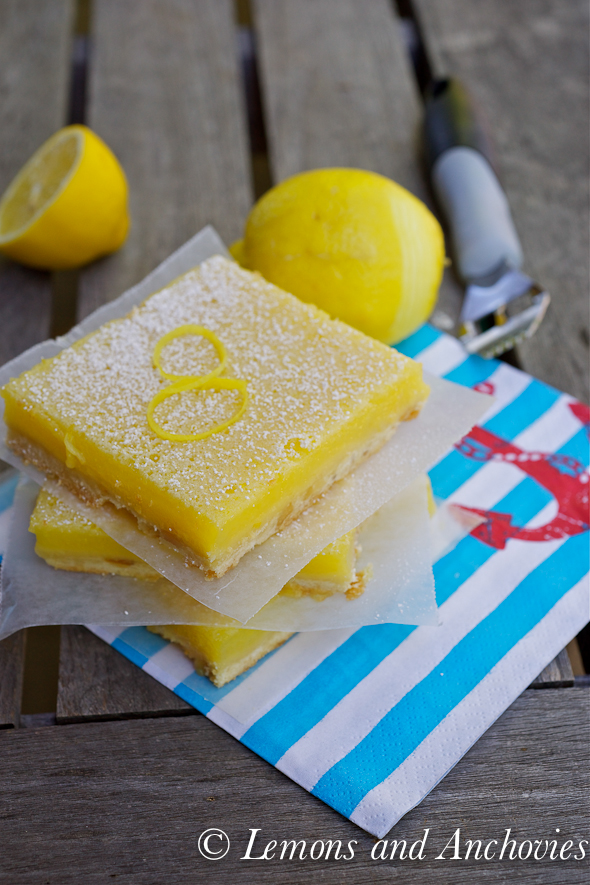 To make the crust: sift the confectioners’ sugar into the bowl of a stand mixer fitted with the paddle attachment. Stir in the flour. Add the butter and pine nuts (if using) and beat on low speed just until a smooth dough forms.

Press the dough evenly into the pan and allow it to come up about a 1/2 inch up the sides of the pan. Line the crust with parchment paper and fill with pie weights.

Bake the crust until it is a deep golden brown, about 25-35 minutes.

To make the filling: While the crust is baking sift the flour into a mixing bowl and whisk in the sugar until blended. Add the lemon juice and zest and stir to dissolve the sugar. In a separate mixing bowl, whisk the whole eggs and egg yolk with the salt. Add the eggs to the lemon juice mixture and whisk until well mixed.

Once the crust is ready pour the filling directly into the pan (leave the pan in the oven while you do this to make it easier). Reduce the oven temperature to 300 degrees F. and bake just until the center of the custard is set, about 30 to 40 minutes.

Let cool completely on a wire rock, then cover and chill well before cutting. Cut into squares and dust the top with confectioners’ sugar, if desired. They will keep in an airtight container or well covered in the baking dish in the refrigerator for up to 4 days.