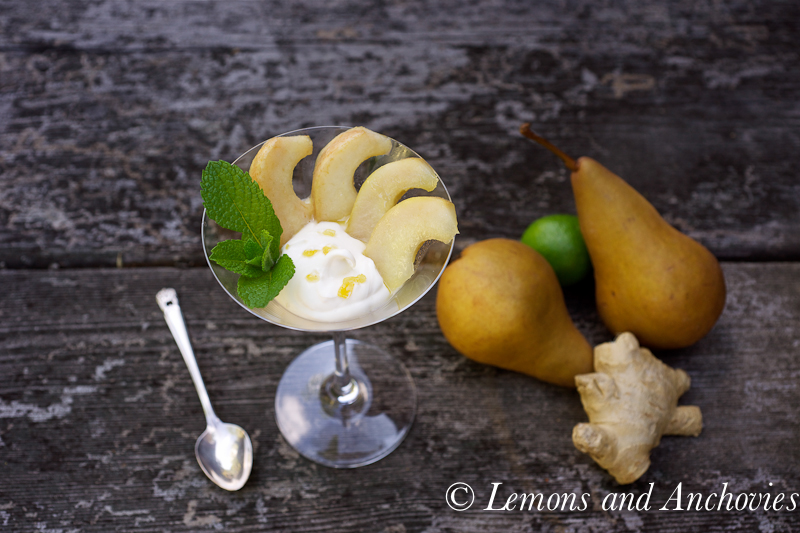 It’s almost time to bid adieu to pear season.  It’s a shame because they are one my favorite fruits.  When I was a child, my favorite was the crisp and extremely juicy apple pear, An Asian variety.  These days I tend to pick up the Bartlett or Bosc varieties but really, I love them all. 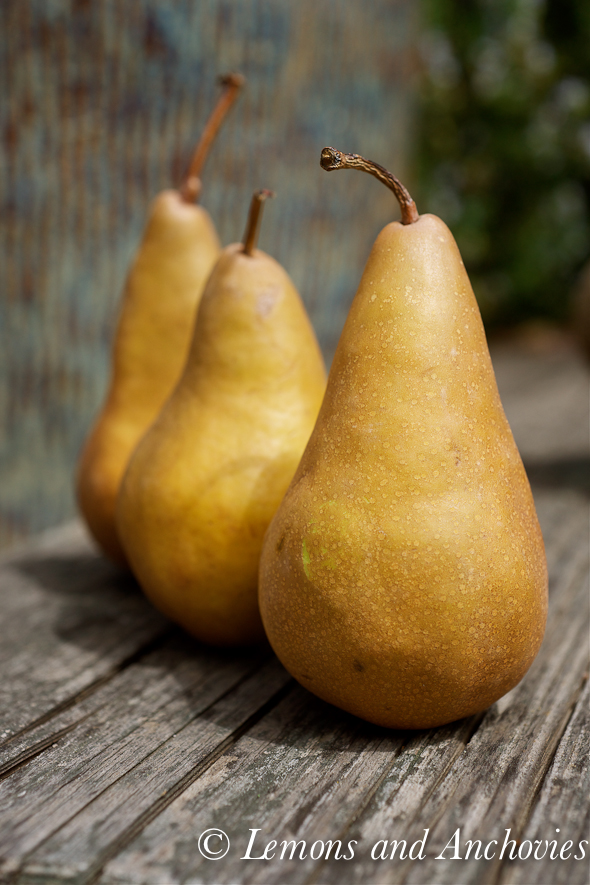 Typically, I eat pears on their own, plain and with no accompaniments.  But you may recall my mentioning a couple of posts ago that I picked up a couple of jars of syrup at the Asian market.  I put the quince syrup to good use in these Grapefruit Upside-Down Cakes.  Since I reduced the butter and sugar in the original recipe, the quince syrup lent just enough sweetness to the little cakes to make them an enjoyable but guilt-free dessert. 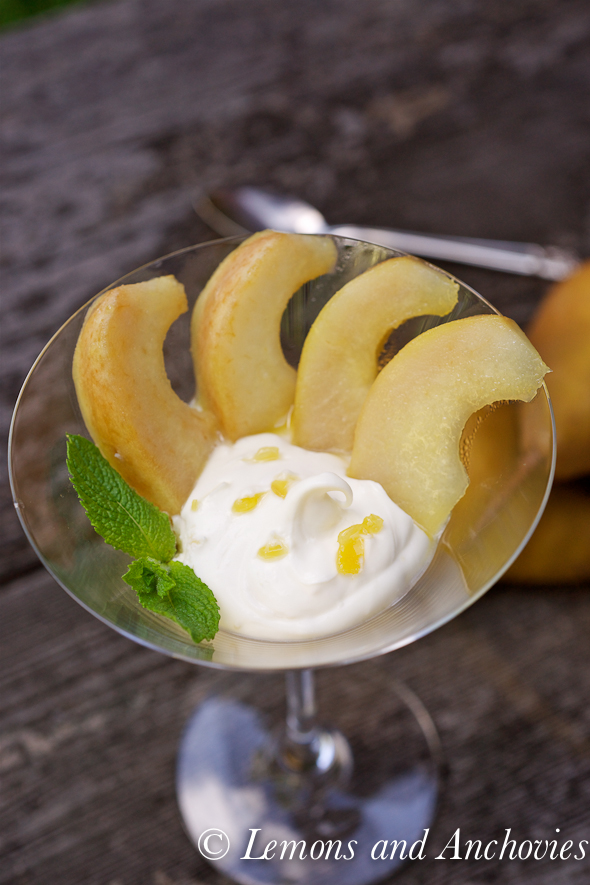 This time, I used the ginger syrup.  My favorite of the two, the syrup has a pronounced ginger flavor with the chopped ginger pieces still possessing some of their peppery bite.  As with the little cakes, inspiration struck again.  I remembered my Cointreau-Soaked Blueberries with Mascarpone from last year and decided to give that dessert a spin with pears and ginger.  I also used a bit of rum in place of the Cointreau; again, just to change things up a bit.

This dessert is one of the simplest I’ve made.  There’s no baking required–just a few minutes of stove-top time to cook the pear slices in butter, sugar and rum, followed by some assembly, was enough to create a simple, elegant after-dinner treat.  The syrup and some of the ginger pieces are stirred into mascarpone cheese to make a spicy-sweet accompaniment to the punched-up pears.  This was easy, easy, easy! Better yet? I may not fret about the closing of pear season too much since I can see this preparation working well with other fruits coming our way soon: Peaches and apricots. 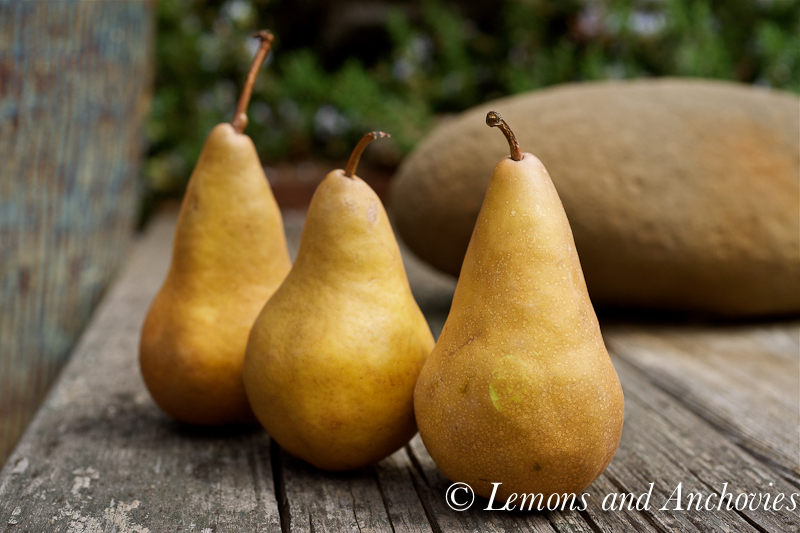 To prepare the mascarpone:  Stir together the mascarpone, ginger syrup, chopped ginger and lime juice.  Set aside.
To prepare the pears:  Heat the butter and sugar in a pan over med heat.  Cook for about a minute, just until the sugar dissolves.  Add the sliced pears and continue to cook on medium heat for 3 – 5 minutes.  This should be enough time to give the pears some color while retaining their firmness.  Take the pan off the heat and stir in the rum.  I used about two teaspoons of rum for one pear and it could have used a bit more.  Make note of this if you end up cooking at least two pears.  The butter and sugar mixture is sufficient to cook two pears.
Arrange the pears on a plate with the mascarpone-ginger syrup mixture and serve while the pears are warm.
SHARE THIS....