Tomatillos are the star of this classic Mexican stew and they pack a lot of bright flavor. 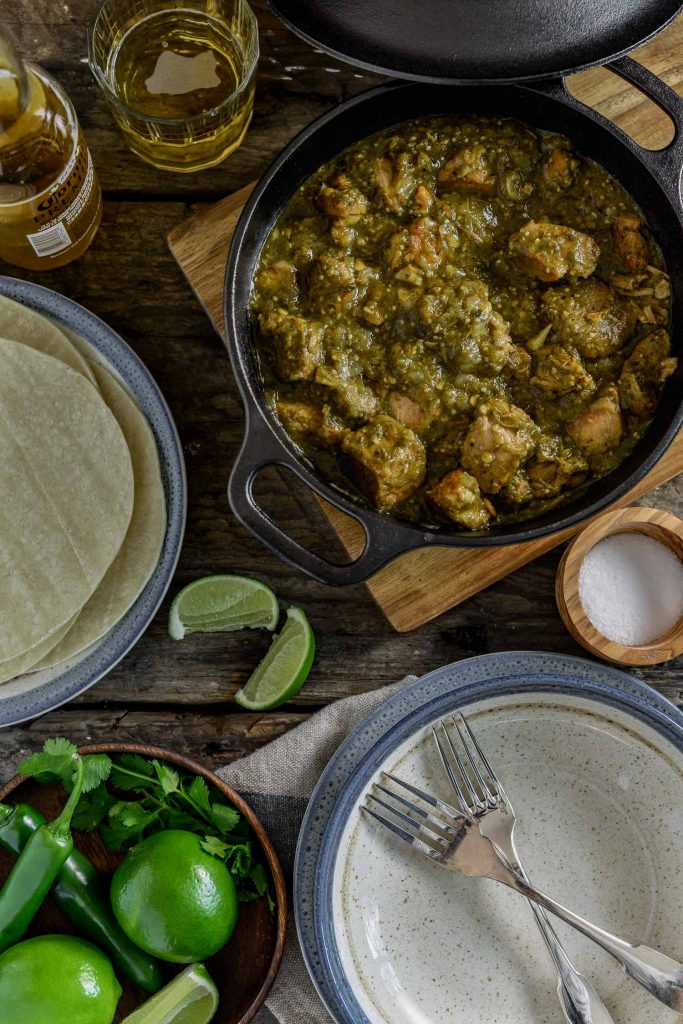 I must have stood in front of the rows of peppers at the market for a good five minutes before mustering the nerve to disturb the nice lady shopping next to me to ask her if the pepper in my hand was of the poblano variety. My Google searches revealing multiple aliases for each type of pepper lining one wall of my local Latin market, my efforts served only to confuse rather than clarify. The nice lady was a lifesaver–yes, I had the right pepper even though the store labeled it pasilla. She even gave me tips for my maiden attempt at pork chile verde.

“How much pork are you cooking?” she asked.

“Three and a half pounds,” I replied.

“Then I would use three poblanos–actually four,” she added.

“Is this enough tomatillos?” I asked, holding up my bag.

“That’s plenty. Just don’t forget to add garlic while you brown the pork…but don’t let it burn. The garlic will add lots of good flavor as long as you don’t burn it. Don’t be nervous about cooking it–it’s easy. In fact, check out Pinterest. Do you know Pinterest? Lots of people share their recipes there.”

I thanked her profusely for her time and left the store, excited to get busy in my kitchen.

Thankfully, properly identifying the peppers at the market was the most challenging part of preparing chile verde…and there’s lots of flexibility even then. Some recipes I looked at called for Anaheim chiles, others ancho chile.  The amount of tomatillos called for in each recipe varied, as did the use of cumin. Some recipes required it, others didn’t. In the end, I took the advice of the nice lady at the market and let my taste buds decide.

As you can probably tell from the name of this blog, I like acidic flavors and the sour notes take the lead in this recipe, thanks to the tomatillos. Because of the two-hour simmer time I was prepared to have to bring back some of the tartness with limes but I didn’t have to. Even after reheating days later the punch was still there. The only thing lost in cooking was the light, bright color of the fresh tomatillos so I hope the drab green hue of the finished dish doesn’t discourage you.

This pot of chile verde has had me celebrating Cinco de Mayo all week and I hope you’ll feel like celebrating, too, if you give this recipe a try. Even better, if the nice lady at the market should come across this recipe on Pinterest I hope she approves even though I used only three poblanos. “Look, Señora–I didn’t burn the garlic!” 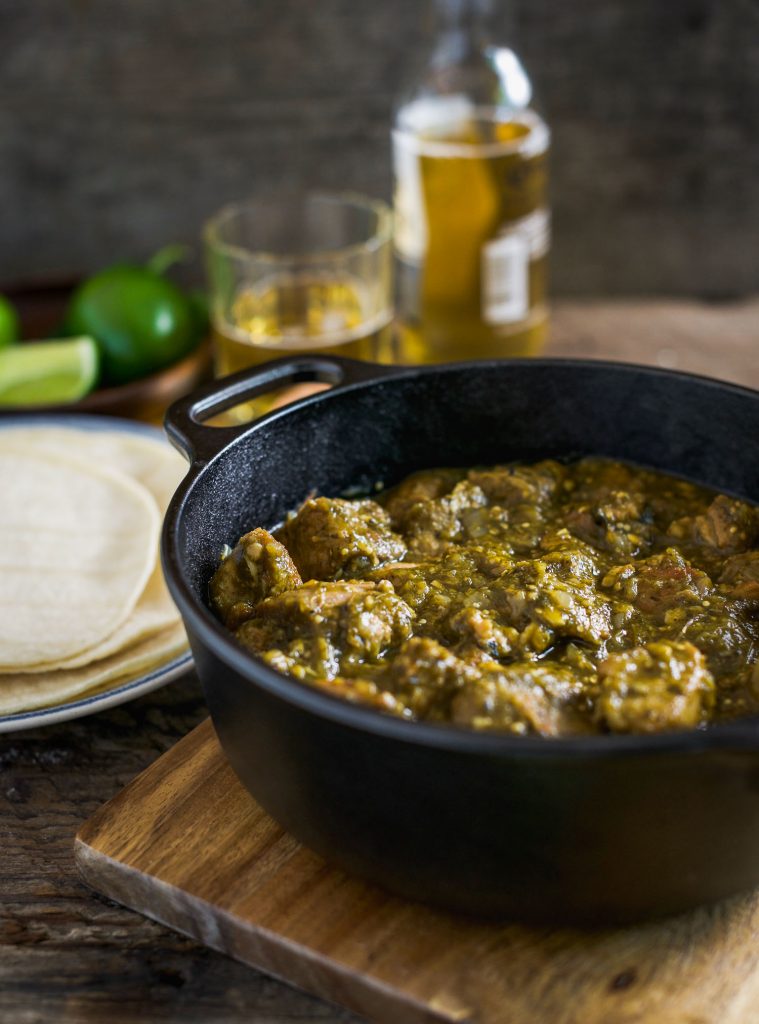 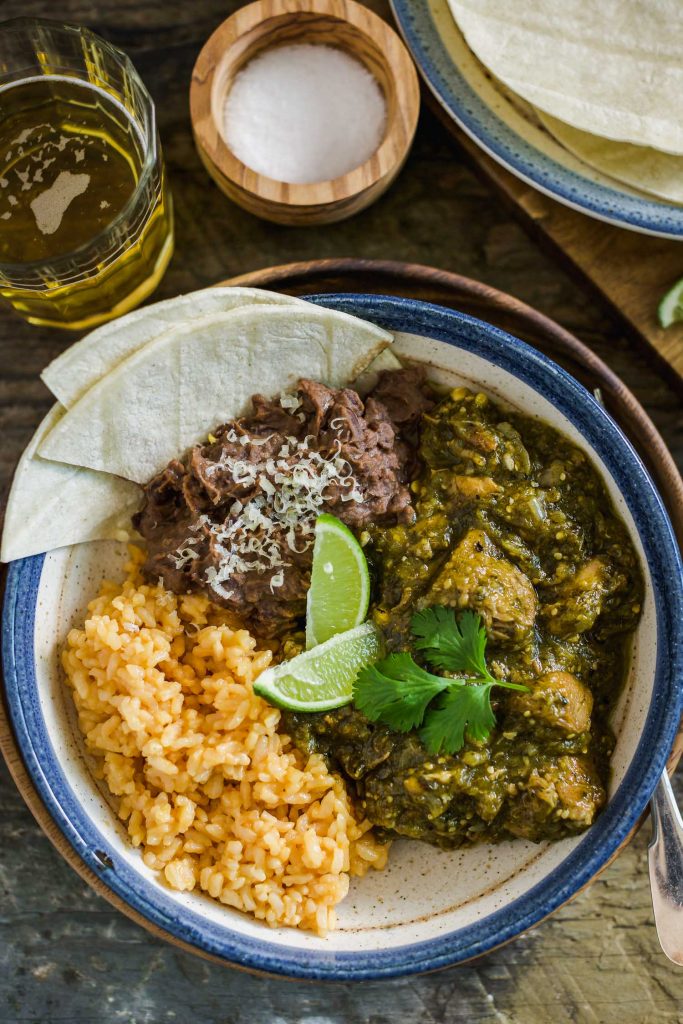 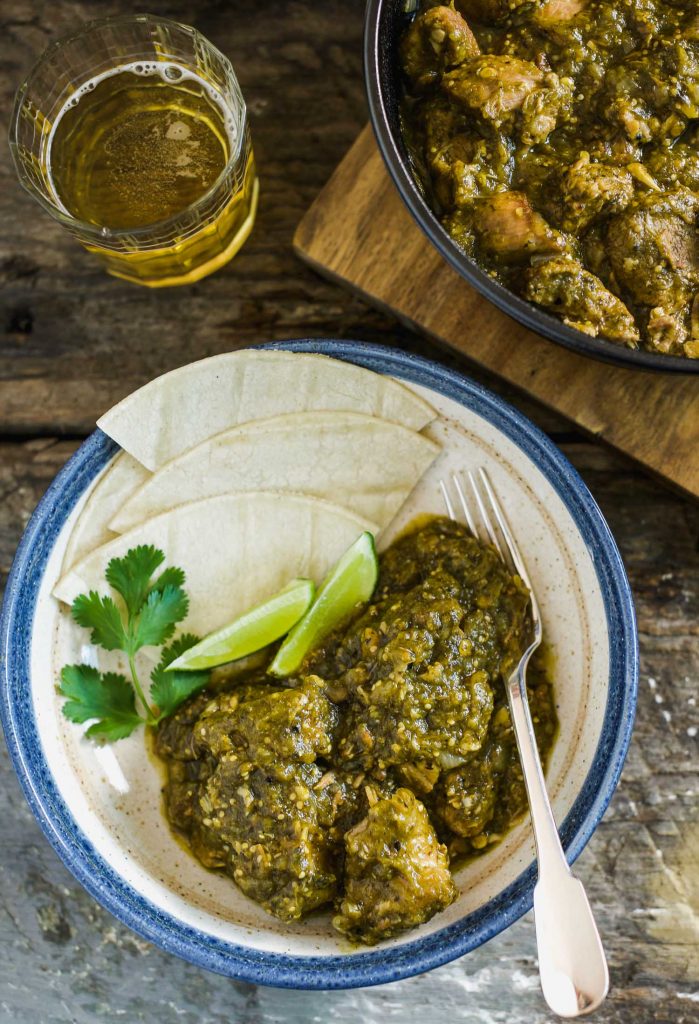 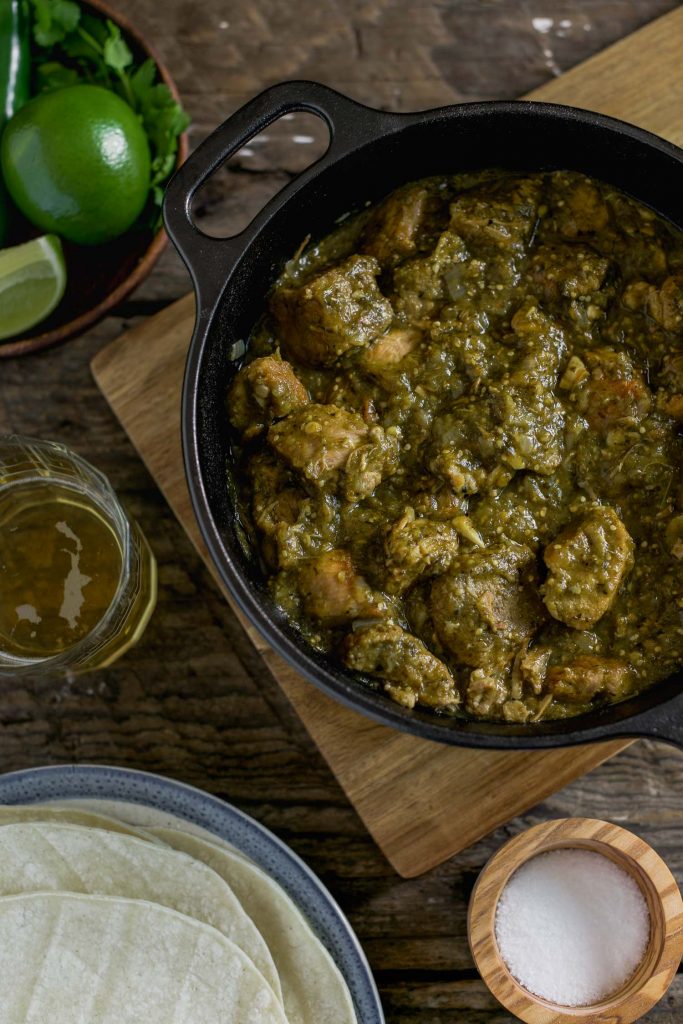 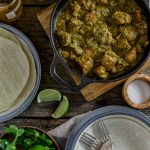 Prep the Pork: (This step is optional, See Note)

Note: This is how I treat my chicken and pork before I make stock or stews to remove as much of the impurities from the meat as possible.