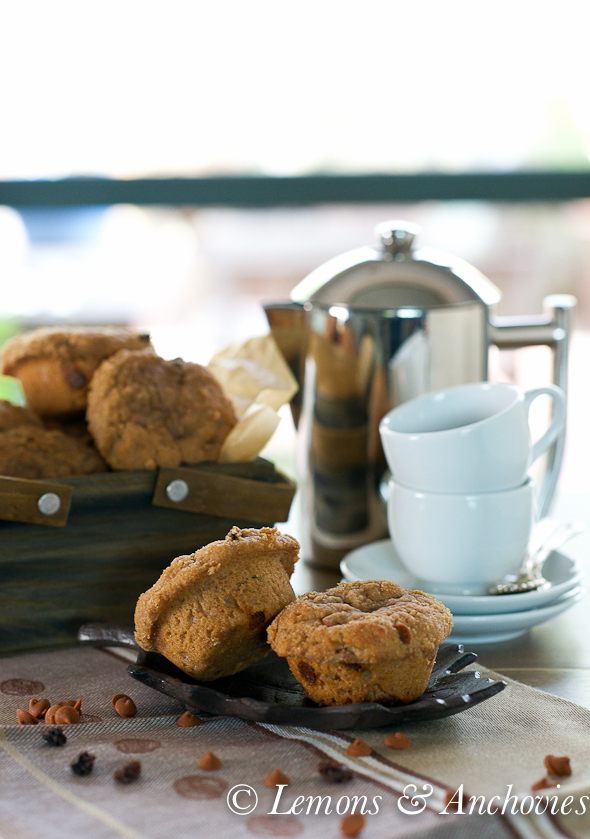 One of my favorite segments in the America’s Test Kitchen show (ATK) is the taste test.  This is where Chris Kimball samples a particular item from several brands/sources (before selecting his favorite) while Jack Bishop shares background details and/or group tasting results.  Over the years, I’ve learned to trust their call on a lot of pantry items I stock in my kitchen.  It was fortuitous to come across their top recommendation for cinnamon during a week when all I wanted to do was bake something with this spice.  For me, coconut is to summer as cinnamon is to fall/winter.  Cold-weather baking always has room for some cinnamon.  Penzley’s was ATK’s top recommended brand and I wasted no time visiting my local store to pick up a jar.

According to Jack Bishop, the spice that most Americans recognize as cinnamon is different than for the rest of the world.  We favor a species called cassia, a bolder spicier cinnamon that is found in Indonesia, China and Vietnam.  American traders began to import this variety of cinnamon in the early 20th century when the price of ceylon cinnamon went up.  The spice produced from the ceylon species is what the rest of the world recognizes as cinnamon.

So when visited my local Penzley’s, I found all four varieties of cinnamon that ATK mentioned–one ceylon and three cassia varieties from Indonesia, China and Vietnam.  With ATK’s vote for the Vietmanamese variety, that is what I went home with.  And conducting my own taste test between this and the jar of organic cinnamon I’d been using, the difference was like night and day.  My husband and I both agreed that the “fancy” variety of cinnamon I’d been using tasted like dust (no kidding) compared to the true cinnamon taste of Penzley’s. 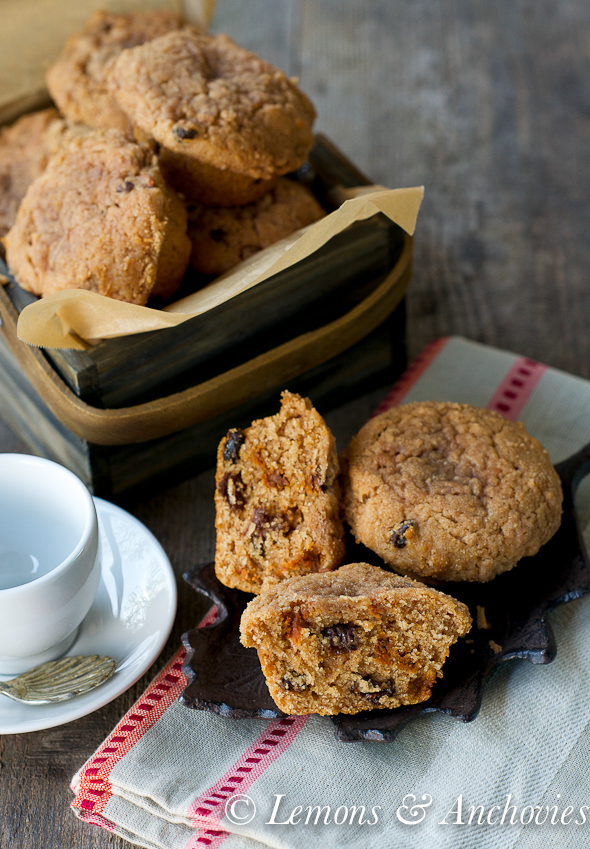 Equipped with the right spice for the job (according to ATK), these muffins happened.  These whole grain muffins got a double dose of cinnamon thanks to a bag of cinnamon chips I found in the pantry.  Most of the sweetness of these muffins comes from the chips, raisins and a small sprinkling of streusel on top.  The streusel disappeared into the muffins as they baked but the extra touch of buttery cinnamon sweetness is unmistakeable.

These muffins were a hit at home and at my office.  They stayed moist for a few days and were a treat in the morning with tea and even as a light dessert after dinner. 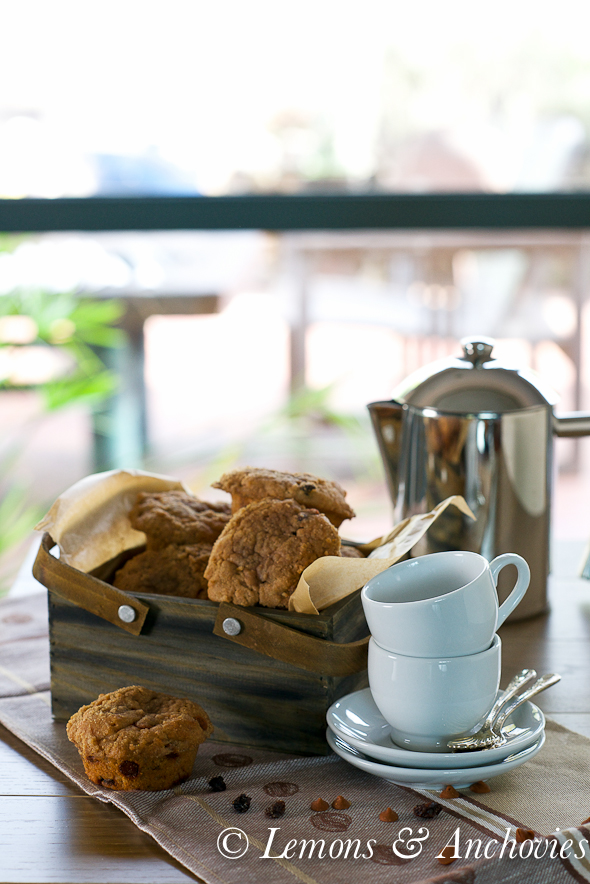 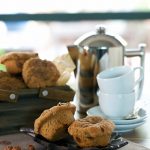 Cinnamon: I used a fresh jar of cinnamon so the flavor was very pronounced. I only needed one teaspoon here. If you have an older jar you might consider adding the extra 1/2 teaspoon.

Oil: if your batter looks too thick, add a tablespoon (up to six) until the texture looks right. This will be a thick batter to begin with.