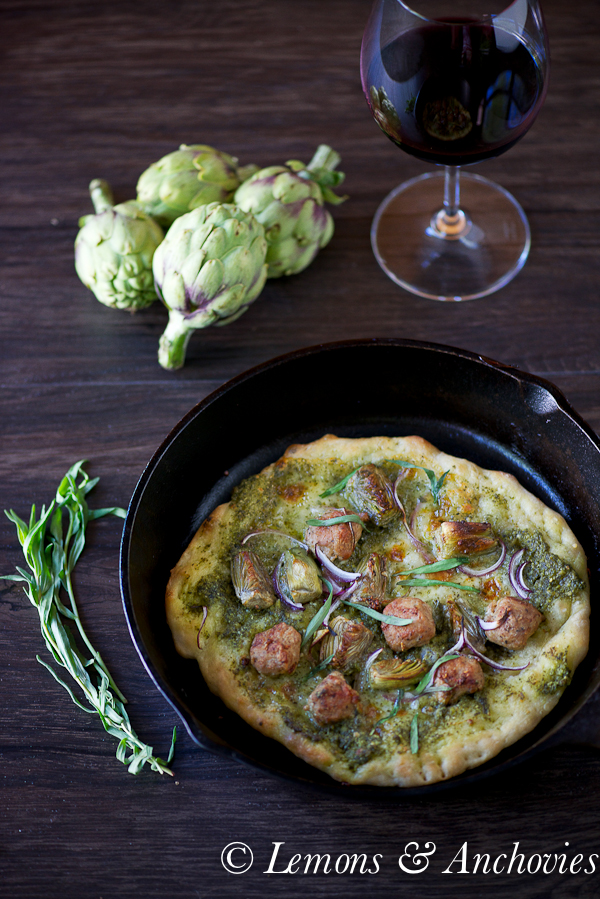 As promised on my last post, I’m sharing the first of a few recipes inspired by our visit to Pescadero last week.  Besides enjoying the marsh and the beach that day, one other highlight of the visit was being able to take home some local food and produce.  When I picked up lunch at Norm’s Market, I couldn’t resist also buying a bag of baby artichokes that were showcased in wooden boxes at the entrance.  Loads of teeny artichokes offered at 20 for $5.  I had no idea what their fate would be as I plucked the best specimens out of the boxes but I knew I’d figure something out.  They were too pretty to ignore, wouldn’t you agree? 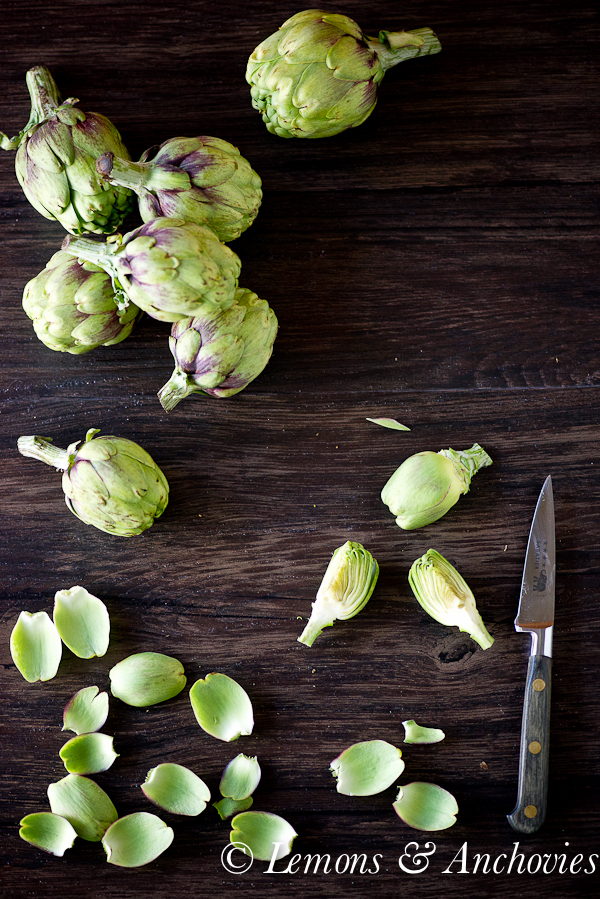 This was the second pizza I made out of the leftover 2/3 pound of dough. It makes for a thicker crust (I prefer the thinner version) and as you can see, it’s got much more sausage on it than artichokes. We couldn’t resist picking at the sauteed artichokes as they came out of the pan.

Serendipity dictated the following night’s dinner.  I had been craving pizza for some time so I brought home a bag of Trader Joe’s pizza dough earlier in the week (since discovering their dough, I’ve stopped making my own).  I had pizza Margherita in mind when I placed the bag in my basket but looking at the contents of my refrigerator and my souvenirs from Pescadero, this version happened instead.  I sautéed the baby artichokes and the chicken-artichoke sausage (made at Norm’s Market) with garlic (this alone would have been a wonderful meal in itself) and combined them with pesto sauce, mozzarella cheese, onions and fresh tarragon.  All the components complemented each other so well. If you haven’t used tarragon much, I highly recommend it in this recipe.  Its mild licorice quality brought out the fennel in the sausage.  Don’t be afraid to use it, it won’t overpower the sausage and the artichokes but you’ll know it’s there.

My husband doesn’t actively seek out pizza, especially for his main meal of the day.  I prepared this individual-size pizza thinking that I would be the only one eating it and had another dish planned for him.  After having a taste, I offered him a bite and that bite turned into him eating 3/4 of the pizza.  I made a second one using the remaining 2/3 of the dough (pictured below), resulting in a thicker crust.

If you are looking for artichoke inspiration, I encourage you to try this recipe.  I’ll also be sharing at least two more soon–my husband has picked up another bag of the baby artichokes; we can’t get enough of them lately!

* I would like to note that instead of baking the pizza on a pizza stone like I normally do, I baked it in a cast iron skillet this time with very good results.  The skillet was already hot from sautéing the artichokes and sausage and I think that helped to achieve a perfectly thin and crisp crust–just the way I like it! 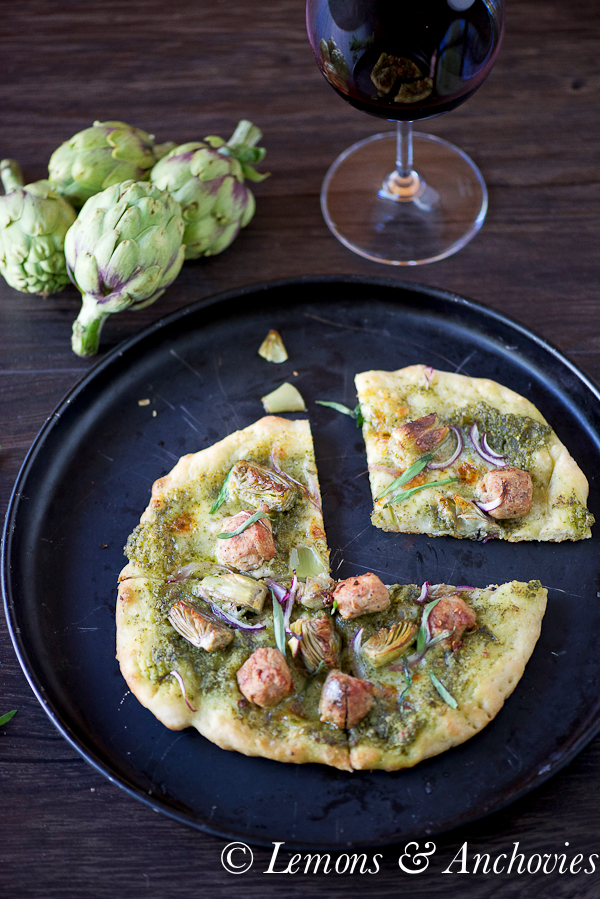 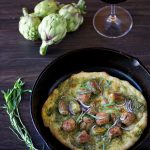 I used a bag of prepared dough from Trajer Joe's. It makes one large pizza but I like to divide it into three for thin-crust individual pizzas. (If you haven't tried Trader Joe's pizza dough, I think it's great. I used to make my own but I can't resist how easy--and good--it is. It comes in 1-pound bags and for me it's perfect for 3 pizzas. For a larger pizza (up to 12 inches, cook about 5 minutes longer)