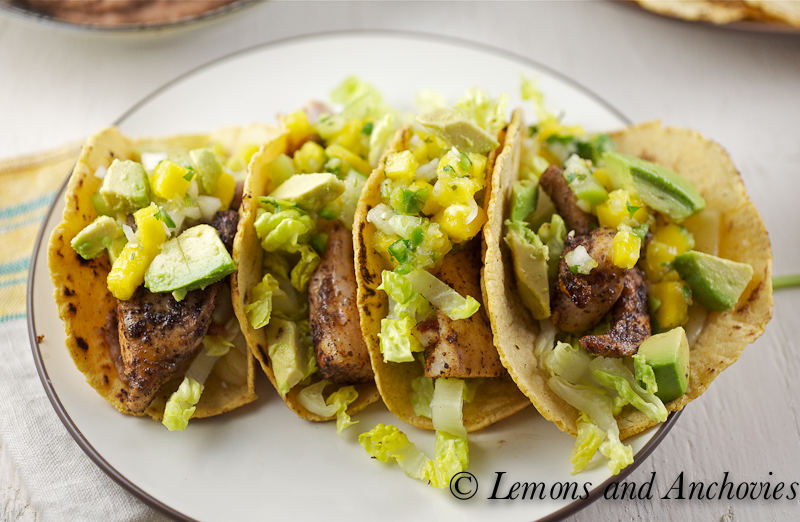 If you think you’re suffering from a mild case of Cinco de Mayo déjà vu, fear not.  This post comes a few days late but I had a good reason.  My husband returned from a week-long Nevada desert camping trip on the morning of the 5th.  I had planned to prepare a Mexican-themed feast in time for his (and a friend’s) anticipated late afternoon return but I was surprised to see them  pull into the driveway at 8 am.  They had driven most of the night, hoping to break up an 8-hour drive with a night’s rest and also to get our friend back home in time for an appointment, but they somehow decided to skip the “rest” part.  Two sleep-starved zombies met me at the door but I was happy see my husband after a week’s absence.  Rather than spend the day running around checking off grocery list items, we spent the time catching up instead. 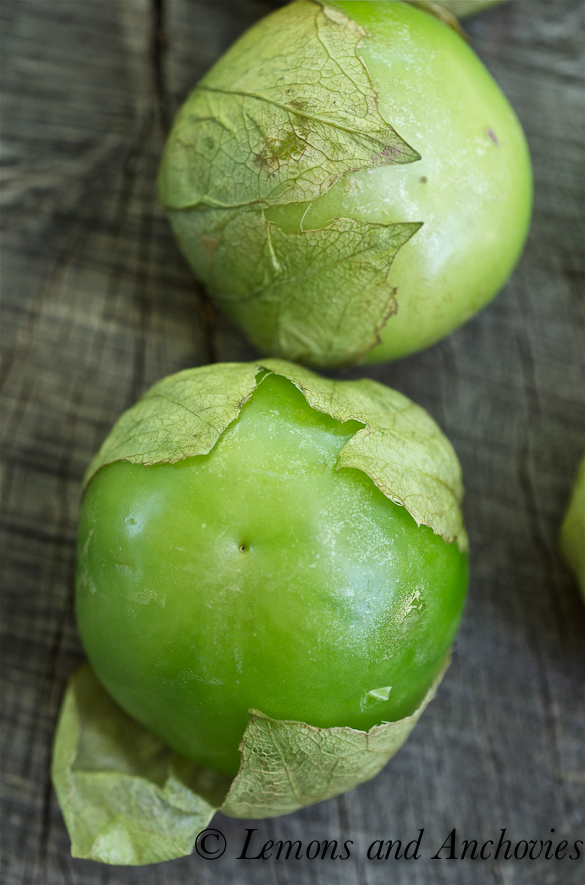 Truth be told, Mexican food is everyday fare for us.  Ask any California resident–most will have a favorite taco or burrito spot and I don’t mean Taco Bell (no offense).  It is one of the mainstays of California cuisine.  I’m lucky to live only a mile away from one of my trio of favorite Mexican restaurants.  All owned by the same family, the other two are conveniently situated in the peninsula and Pescadero.  I work in the peninsula and my husband and I spend quite a bit of time in the small coastal town (will post about Pescadero soon), so I’m never far from a good carnitas burrito. 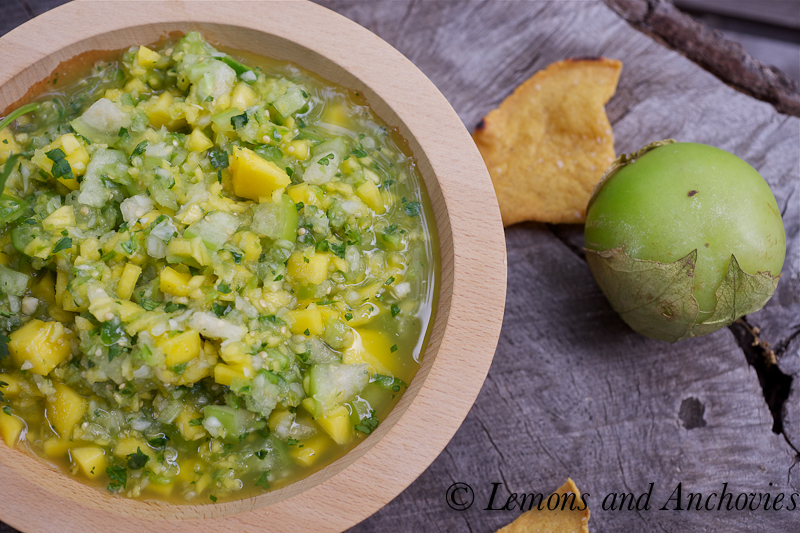 At home, though, I serve fish tacos most often, a family favorite.  But in the spirit of trying new things, I picked up a tortilla press to try my hand at making homemade corn tortillas.  I have heard how much better they are but frankly, I was dubious about the claim.  I have always used locally made tortillas (according to the package) made from organic white corn.  How much could you improve on that?

I’m not too proud to admit that I had a foot-in-mouth moment soon after I lifted the first tortilla out of my cast iron skillet (yields best results in lieu of a comal, a flat griddle used to cook tortillas).  Homemade corn tortillas are superior to store-bought.  Bar none.  The hot tortillas smell like corn coming off the griddle, they’re slightly coarse, beautiful in their rustic shape but their taste was most noteworthy.

Homemade corn tortillas taste like, well, corn.  Fresh corn.  Freshly made, corn tortillas are a far cry from their often drier store-bought counterparts and best of all, there are no mystery ingredients.  Just masa harina (corn flour, not to be confused with corn meal), water and salt. And lest you think I’ve turned into a tortilla snob, all I mean to say is that I now understand others’ claims that homemade tortillas are better.  They truly are but I’m not necessarily divorcing the store-bought kind.  However, they are easy to make (fun, too) and make wonderful baked tortilla chips.

The next item on the to-try list was homemade salsa.  It’s a bit embarrassing to admit that I’ve never made my own before, but when you have a steady supply of excellent salsa from your parents and two sisters, why bother?
What prompted this attempt was my inability to resist the beautiful mangoes and tomatillos at the market.  I made a sample batch but it didn’t last long, especially since we had freshly baked tortilla chips at our disposal.  Traditional salsa accompaniments joined the mango and tomatillos–onion, peppers, cilantro, lime, garlic and salt–so simple but the fresh flavors were truly rewarding.  I didn’t even bother to roast the tomatillos…next time.
We did manage to save some tortillas and salsa for the fish tacos.  I used mahi-mahi and marinated them in my standby mix of cumin, chili powder, garlic, sumac, lime and salt for a very flavorful, albeit late, Cinco de Mayo celebration. This meal is a fiesta for your taste buds. 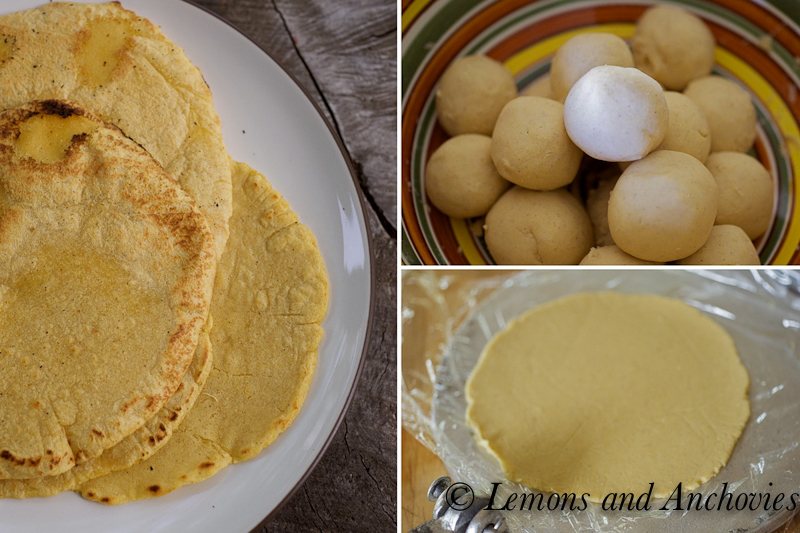 For the Salsa:
For the Corn Tortillas
Marinate the fish in a bit of oil, lime juice, sumac, chili powder, cumin, crushed red pepper, garlic and salt for at least a half hour to one hour.  Prepare the salsa in the meantime.
To prepare the salsa, chop the mangoes, tomatillos, onions, serranos and cilantro finely and combine. Season with lime juice, garlic and salt, to taste. I like a bit more lime flavor in mine.  I also pulsed about 1/3 of the salsa in my food processor, leaving most of it chunky.
If you decide to make your own tortillas, in a large bowl, combine the masa harina with water and salt.  Use the instructions on the package as a guide but I found that a bit more water yielded better results.  My tortillas cracked as I pressed them without the additional water.  You can add 1 tablespoon at a time or just wet your hands with water before you roll the mixture in balls. This worked fine for me.
After you’ve rolled the dough in balls, line the tortilla press with plastic wrap (parchment paper didn’t work well), top and bottom, then press down using the lever.  You should have a 5-6 inch round tortilla when done.  Cook in an un-oiled cast iron skillet that’s been preheated to medium-high.  About 1 minute per side should work.
Cook the fish in the same skillet in a bit of olive oil for about one to two minutes on each side and assemble your tacos with desired fixings.  Enjoy!