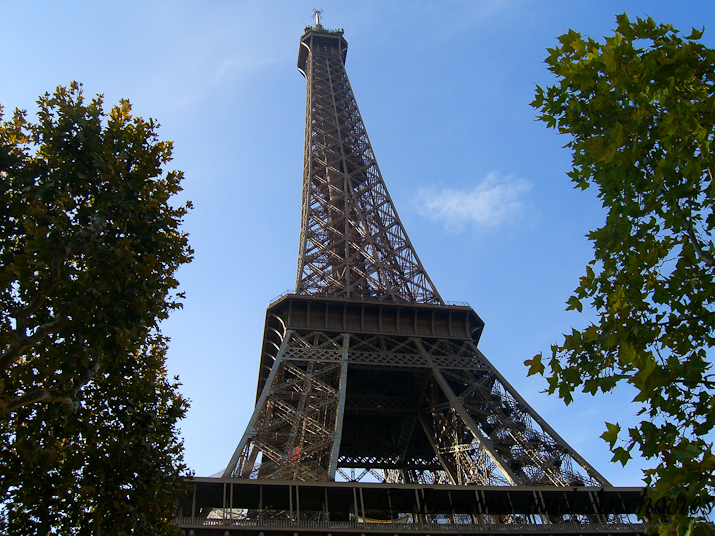 It’s been almost three weeks since my visit to France and I’m missing it already.  From Day 1 to the last, the experience was so much more enjoyable than I expected.  Previous visits have always been a winter activity so I was very happy to finally set eyes on the beautiful city that is Paris and on the French Riviera in all its sun-drenched glory.  The sights, the people, the food–all my senses were fully engaged and I couldn’t get enough.

I’ve always had a love affair with Italy, you see; I’ve even fantasized about living there and have slowly been trying to learn the language.  Then this last visit changes everything and I admit that Italy might have to share my heart with France.

Since I’m late to the game compared to many (who visit Paris early in their travel careers) I won’t bore you with the hundreds of pictures I took.  If you don’t mind, though, I’ll share a few and tell you a little about my trip. 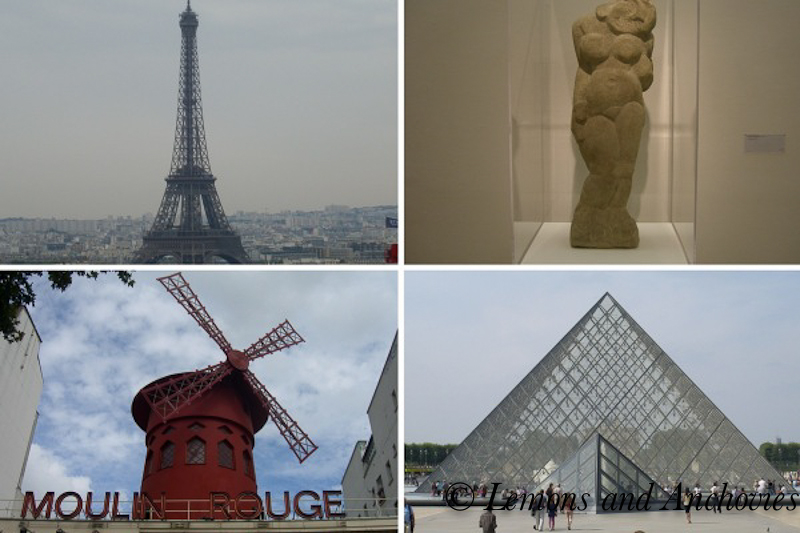 We were blessed with great weather for the three weeks we were in France.  The single drizzly afternoon we had was spent recharging for the next day’s activities.  In the French Riviera we used Villefranche-Sur-Mer as our base and had this to enjoy for two weeks. 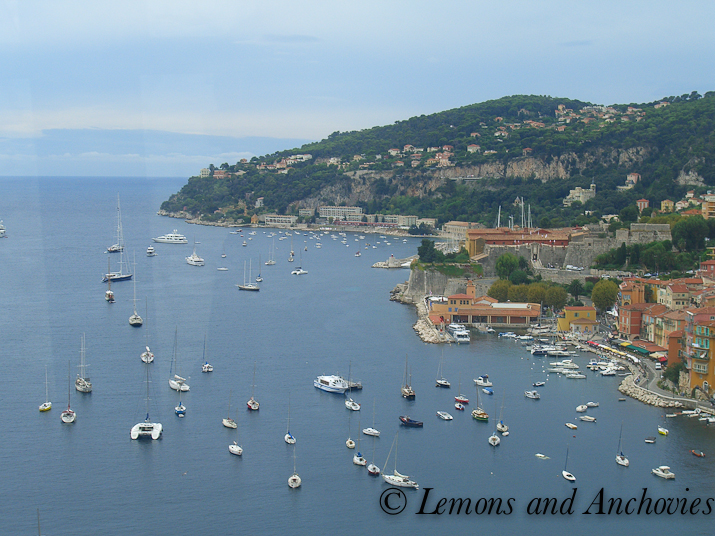 But we also fell in love with the neighboring villages and vowed to return. 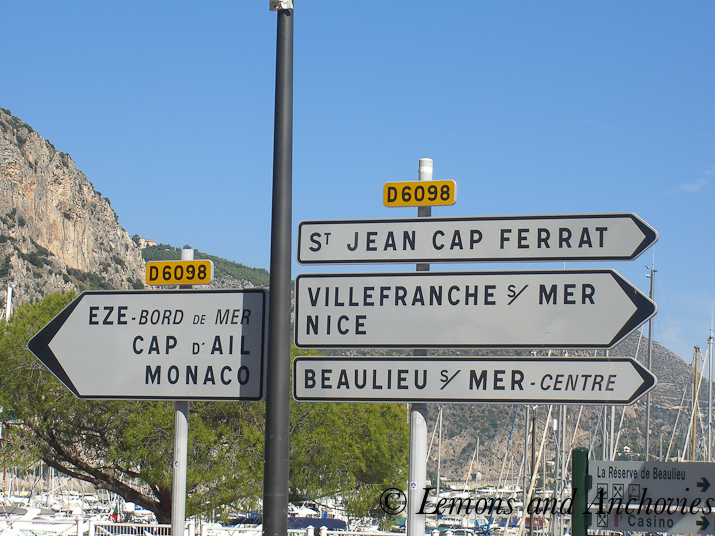 The water?  Beautiful, of course. 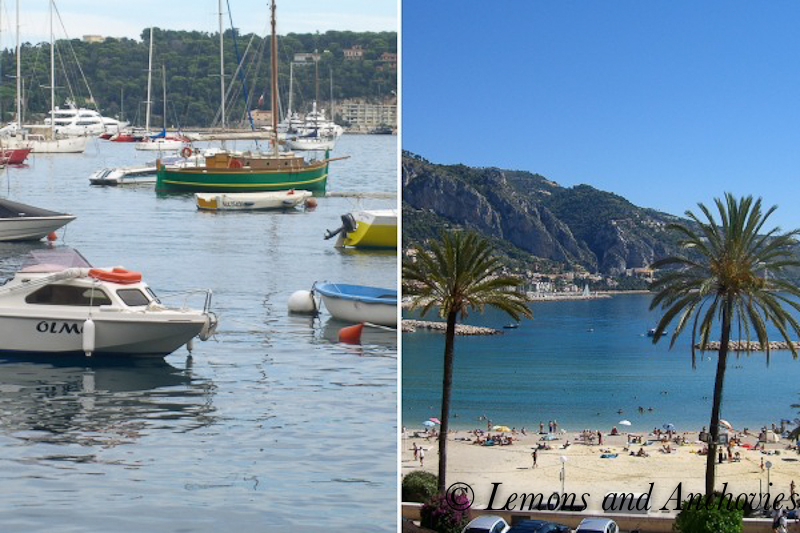 But the food was something else entirely.  On market days, village streets were lined with specialty foods and produce. 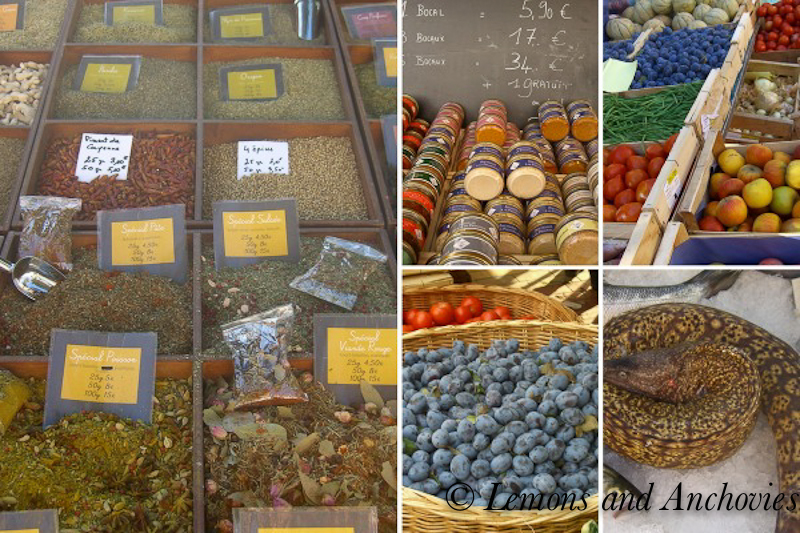 But we also enjoyed restaurant fare that was pretty special. 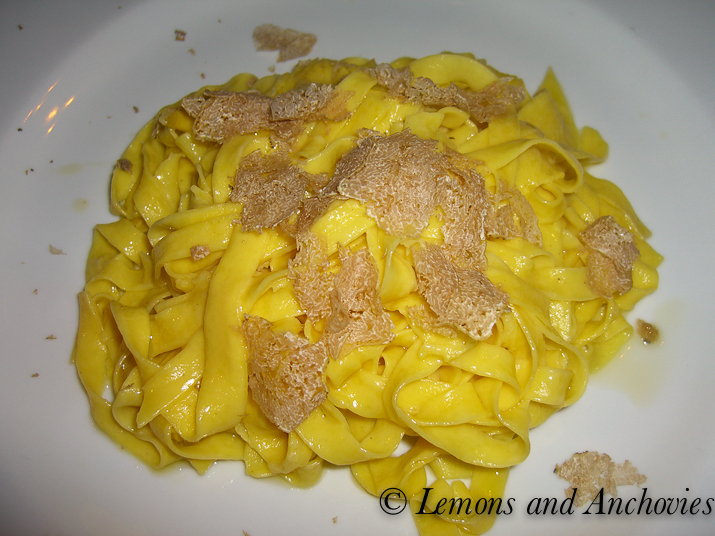 Which is what finally brings me to this post.  I’d been craving a taste of France for a couple of weeks but didn’t have the time to make a special treat until this weekend.  I made individual apple galettes–simple but oh, so delicious! 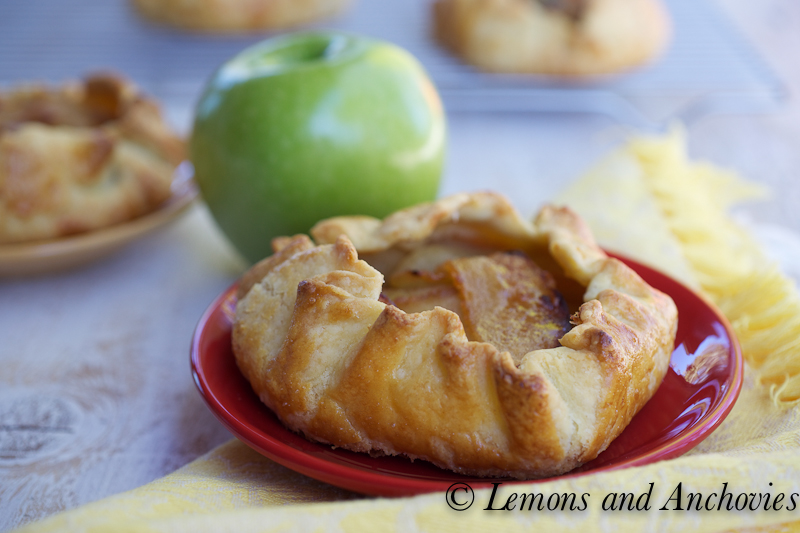 In fact, I think I’ve found my favorite pâte sucrée (sweet pastry crust) to date.  This crust was flaky but not greasy and was quite enjoyable to eat even without the filling.  It took seconds to make in the food processor and just slightly more time to roll out for the little galettes.  Since my recipe book called these tartelettes, I rolled them out, set them in my little tart molds and refrigerated them until the filling was ready.  However, closer inspection of the recipe revealed that the latter weren’t even required which is why I’m calling them galettes. 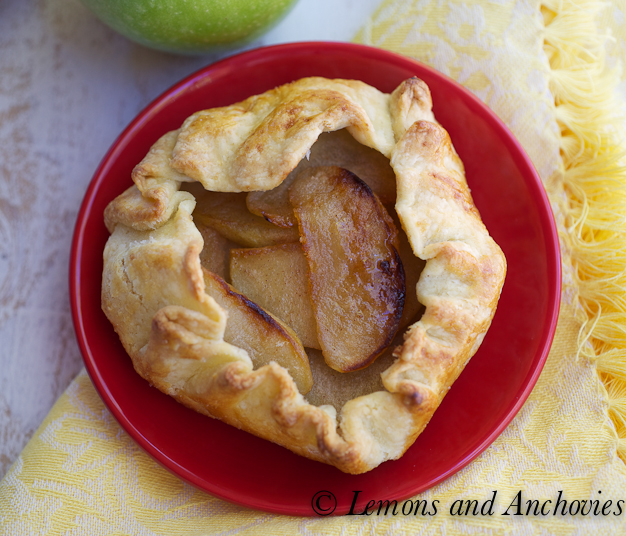 The apple filling was even simpler to prepare.  Peel, core, slice.  Then sauté in butter and sugar (I also added cinnamon).  The ease of preparation belies how tasty these were.  The filling was not too sweet and the apples retained a slightly firm texture.  They were perfect to eat warm and while I was initially disappointed that my neighbors weren’t around to enjoy these with me, I recovered and was very happy to have extra to enjoy for later.  A taste of France in my own kitchen.

from:  Bistro Cooking by Patricia Wells

Place all ingredients except the ice water in the food processor and process just until mixture has the texture of coarse crumbs, 10-12 seconds.  Add the ice water and pulse about 6-8 times.  Don’t let the mixture form a ball; stop when it just begins to hold together.  Transfer the pastry to waxed paper and flatten the dough into a disk.  Add 1 tablespoon of flour at a time if the dough seems too sticky.  Wrap in the waxed paper and refrigerate for at least an hour.

Preheat your oven to 425ºF.  Divide the dough into four equal portions and roll out into 6-inch rounds on a floured surface.  Place on a baking sheet and refrigerate once again until ready to bake.

In a large skillet, melt the butter over medium-high heat, add the apples and granulated sugar and sauté for about 15 minutes or until lightly browned.  I sprinkled a little cinnamon just because I can never help myself.

Divide the apple filling into four and place in each pastry round.  Fold the edges of the dough over the apples.  Brush the pastry with the beaten egg.

Bake until golden, about 20 minutes.  Sprinkle the apples with brown sugar.  Serve warm or at room temperature.