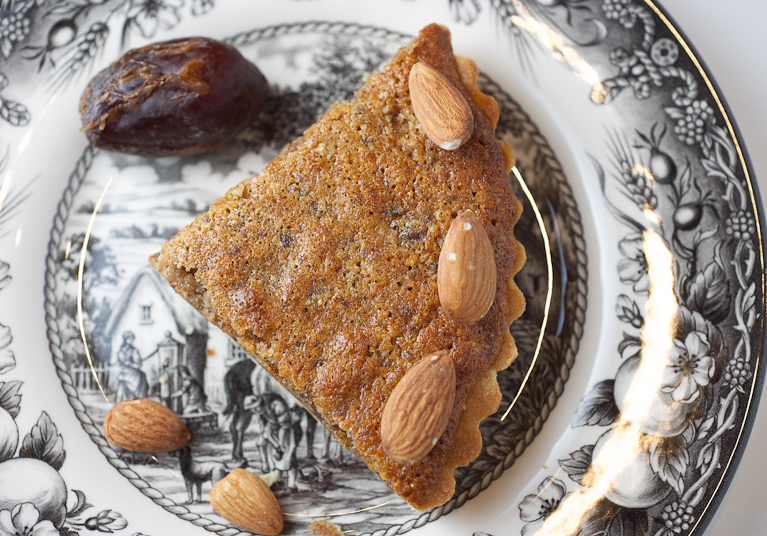 What’s a girl to do when she’s got extra tart dough waiting expectantly in the fridge?  The batch of dough I used to make the Nutella tart last week was enough to make at least three 8-inch tarts.  A good thing, actually, since the crust is very buttery, has been easy to work with (despite my mishap) and holds up very nicely.  I tucked away the last portion in the freezer but for my second tart I decided to make a filling out of ingredients that I had already.

Enter the Medjool dates.  They’re sweet but not overly so; one is enough to satisfy a sweet craving while having afternoon tea.  The fruit comes from the Date Palm and is thought to be the oldest cultivated fruit.

I intended to use my stash for date-nut bars but I was inspired to make a tart instead.  I added almonds to the filling for some continuity with the crust and I’ll admit that I was very happy with the results.  Since I blitzed my dates in the food processor, the resulting thick, sticky paste complemented the mealy texture of the ground almonds that I added.  I also included some ground cinnamon and nutmeg in the filling.  They lent just the right kick that the almonds and dates needed so the flavor wouldn’t be flat.

As I type this post, I realize that the tart I’ve just described sounds more suitable for holiday fare but it hit the spot for us last week.  I baked it late in the evening and the tart didn’t come out of the oven until after 10 pm.  After snapping a couple of quick shots and having a little sliver I went to bed.  When I woke up the following morning the tart was half gone and the rest didn’t last much longer after that.  My husband and our friends loved it!  While the tart was great right out of the oven, the slice I had at room temperature was even better.  The sweetness had mellowed out and the nuts/dates/spices had enough time to mingle.  It was perfect with my morning tea.  This is a tart I will make again and again. 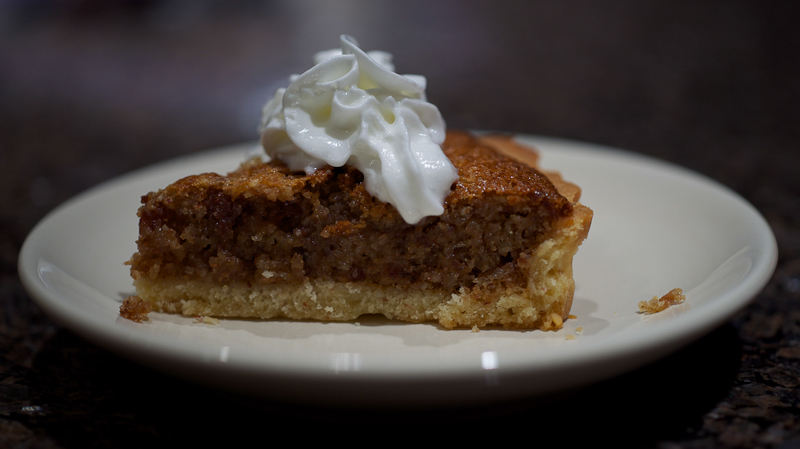 For the crust  recipe here):

For the Almond Paste, combine the following ingredients: