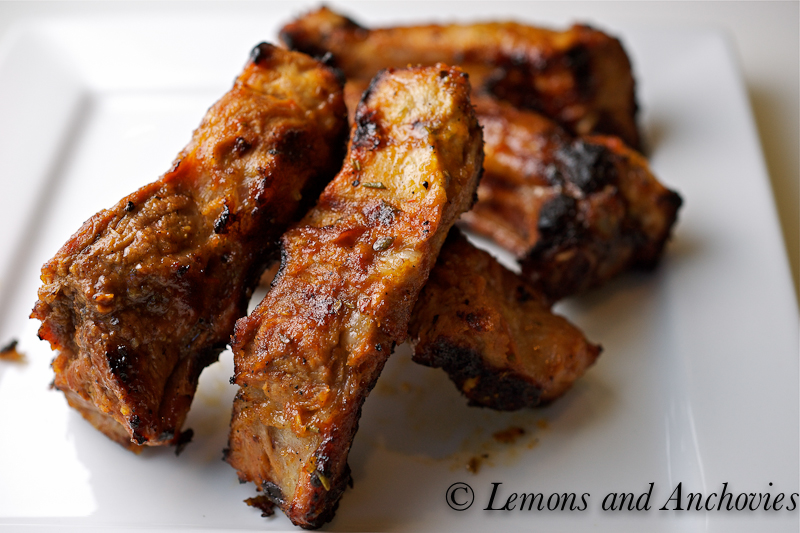 Preparing ribs is a departure from the norm for me.  In fact, it’s safe to say that the first and last time I cooked ribs was at least five years ago.  No good reason, really.  I love pork; it’s just never become my habit to buy a rack and cook it.  My experience, therefore, is minimal at best but I have a recipe from Food & Wine Magazine to thank for a successful second attempt.

Would you laugh if I told you that until this weekend I didn’t know the difference between spare ribs and baby back or pork ribs?  I had to request the assistance of the kind gentleman at the meat counter to make sure I brought home the correct parts for my recipe.  That embarrassing moment out of the way, I went home to prepare the ribs and hoped my version would turn out at least half as beautifully as the one pictured in my Food & Wine cookbook.  Sadly, with my house in shambles from the interior work going on all week, my little “studio” was dismantled and these pictures were all I could salvage.  At least this time I actually had an excuse for not-so-good pictures.  Onward. 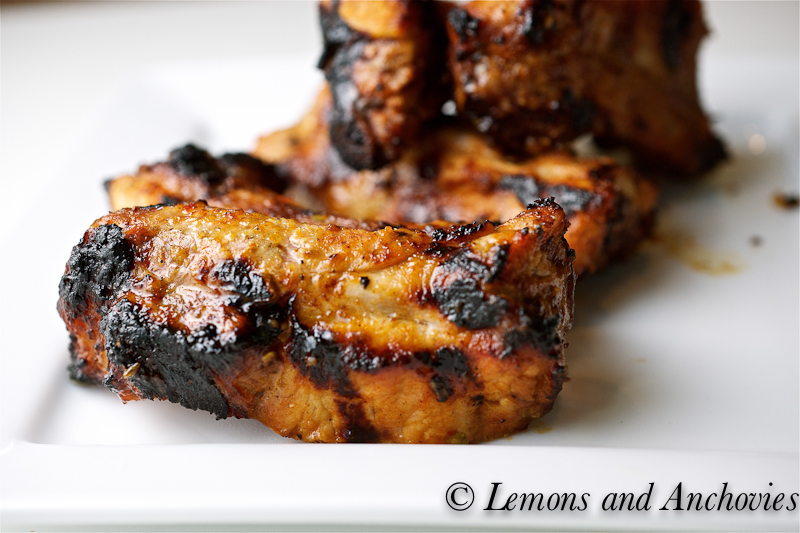 And I did.  The three layers of orange flavor mingling with the wine and herbs was a magic combination.  If I describe these ribs as delicate-tasting would that be an oxymoron?  The words I typically hear to describe ribs are sweet, rich, heavy.  These ribs were fruity, subtle, light–definitely not cloyingly sweet.  The wine, detectable in the glaze, imparted just a little refinement to a normally casual dish.  Eating them, however, remained a messy, bone-gnawing affair.

I had to omit the sun-dried tomatoes for I didn’t realize I was out of them so the tomato component that was intended for this recipe was made considerably weaker.  I also had to use my outdoor grill instead of the 2-hour baking time that was originally required, but we opted to see a movie at the last minute so the latter option wouldn’t work.  After a long morning bike ride and a commitment to not snack, we were hungry!

The results were very good.  Grilling the ribs brought dinner to the table faster and the six hours of marination allowed ample time for the pork to be infused with the marvelous flavors.  Next time, I’ll marinate the ribs overnight and prepare them in the oven to see if this yields even more flavorful results.  I would imagine that basting with the glaze over a two-hour period will contribute to more depth and complexity in the glaze.  Still, the quick-grill method was a welcome alternative.

Click here to find the recipe as published by Food & Wine magazine.  My notes below: 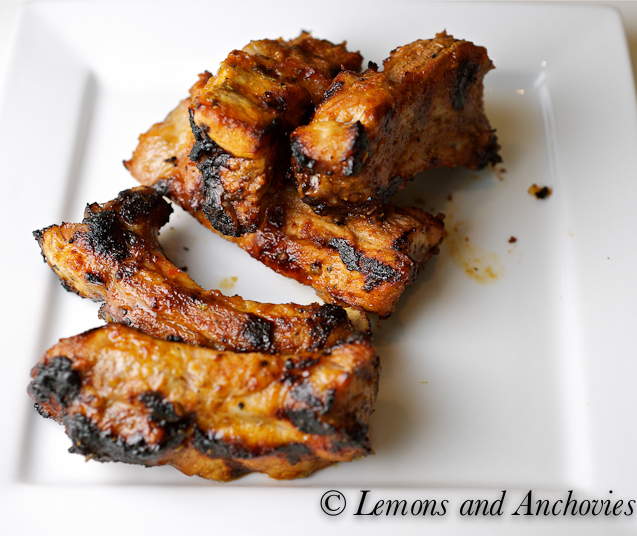