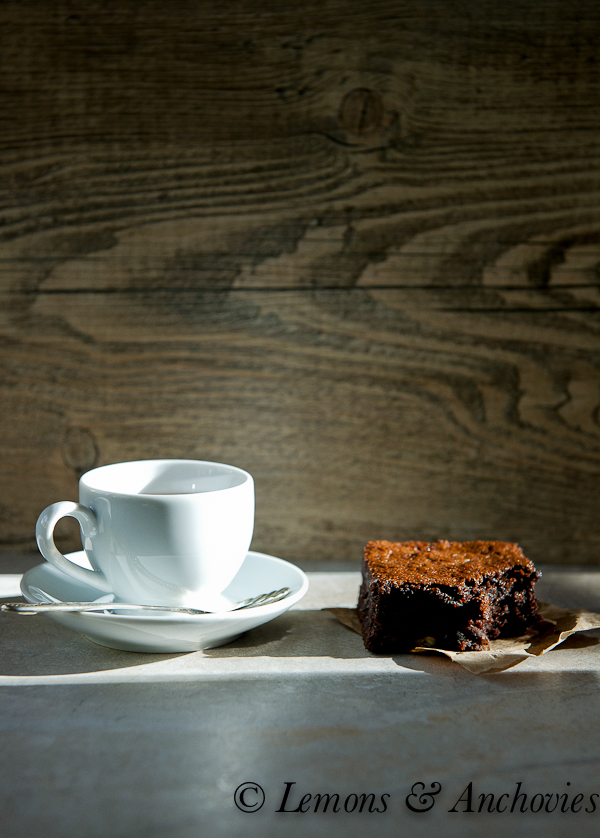 For a household that relies almost exclusively on wine for libation, we have a liquor cabinet that is filled to capacity.  Rum, brandy, vodka, whiskey and a variety of liqueurs–all opened, in varying degrees of almost-full.  What is the shelf life of alcohol anyway?  Opened bottles of wine certainly never last long around here but the others, after one or two uses requiring no more than a tablespoon or two, sit forgotten in the cabinet.

When I had a craving for sweets recently I was resolved to add a boozy element to it, no matter what. 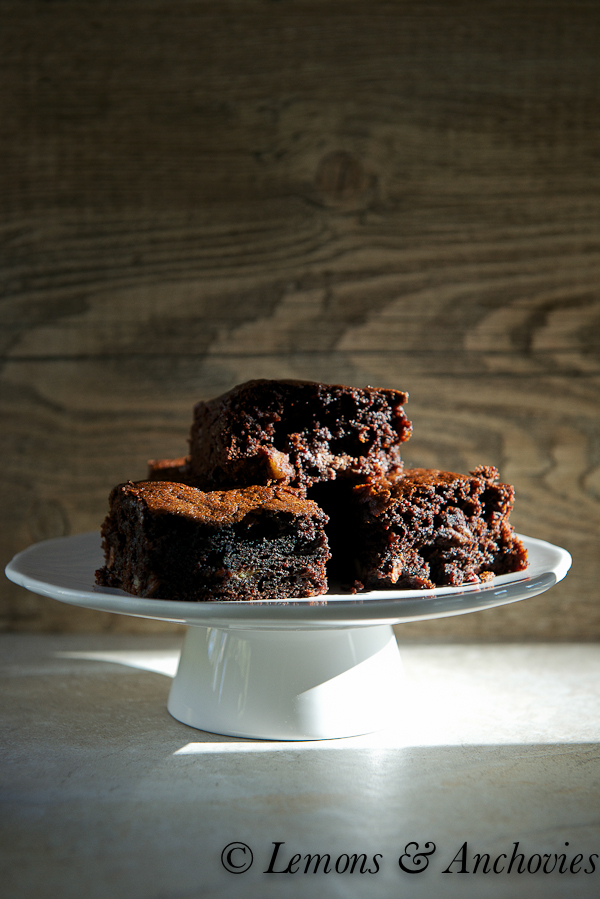 These brownies were a product of that mission.  A classic brownie is hard to beat–I have a few recipes in the archives–but a food blogger always tweaks what’s already good to see if a recipe can be made just a little better.  Besides the plan to incorporate bourbon in this batch of brownies I wanted to add Toblerone pieces, one of my favorite chocolate bars from childhood.  And coffee has an enhancing effect on chocolate baked goods so I threw that in, too.  Then I spied a lone, overripe banana on the counter and I said, “Why not?”

As the brownies baked in the oven I did wonder if adding four extra elements to one baked good would be a mistake.  I was anxious for the brownies to cool so I could take a bite.

The first thing you taste is chocolate, of course, followed closely by the bourbon.  I wasn’t expecting to taste the espresso and I was pleased to see that I used just enough to enhance the chocolate experience.  The banana was the last to hit the palate and I really liked it; it was very subtle.  The Toblerone chunks melted into the brownies but every once in a while I got a random chunk of chocolate and nougat.

For a non-hard liquor drinker like me, I thought the bourbon flavor was just a tad prominent but my husband absolutely loved it.  When I brought the rest of the bars to the office the next day they received nothing but rave reviews.  The bourbon flavor actually mellowed a lot the next day so just when I thought that I’d have to reduce the bourbon component by half next time, I decided that I’d keep this recipe exactly as it is. 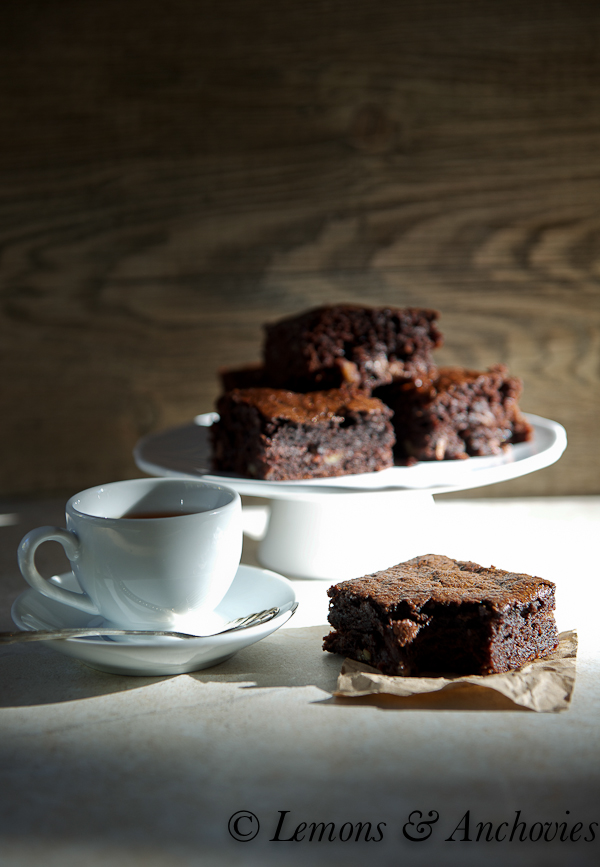 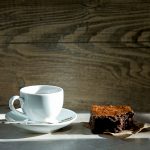 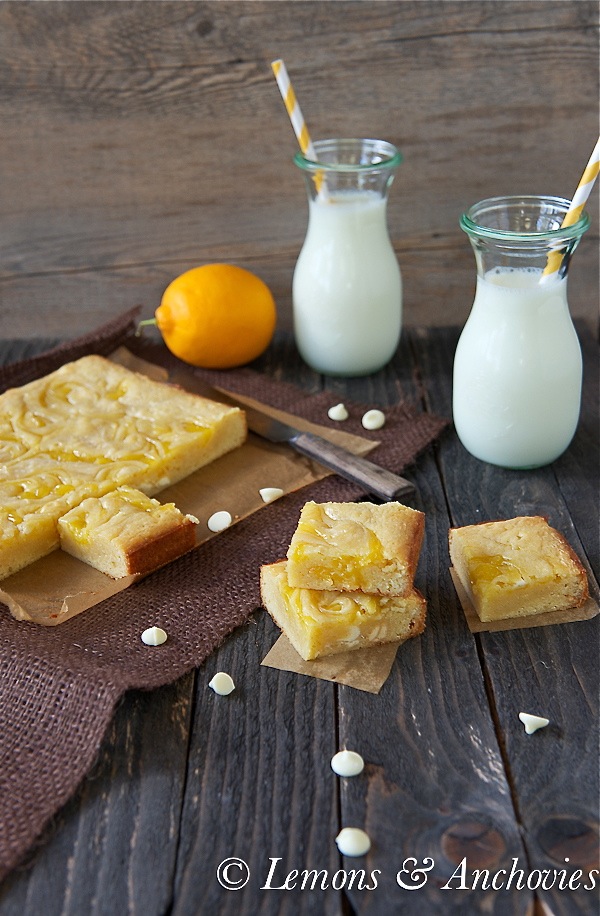 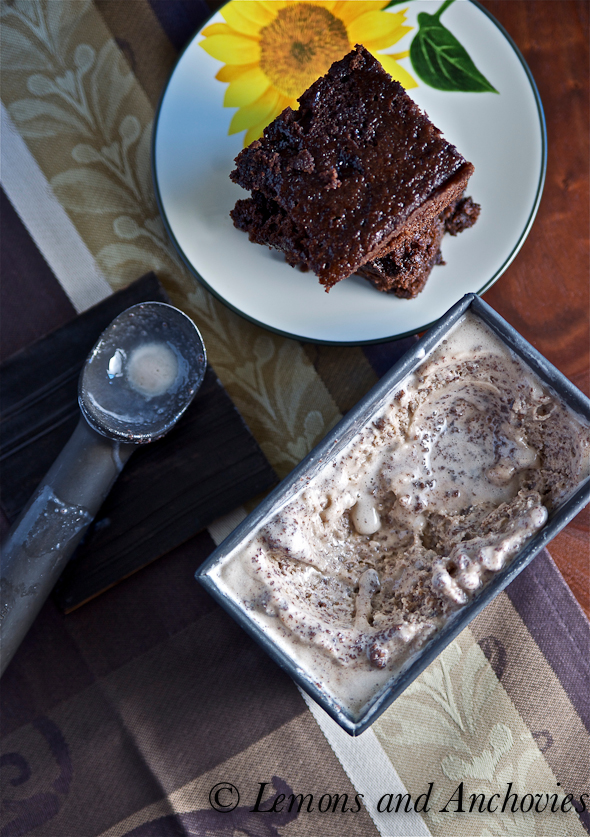 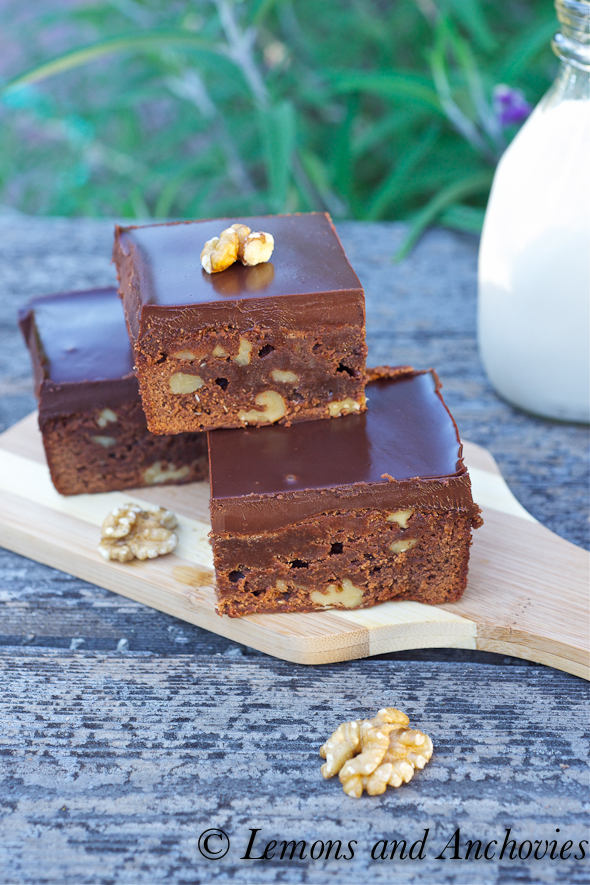