Mujadara is one of the tastiest ways to enjoy lentils and rice. This shortcut version uses mostly already-cooked components but the results are just as satisfying.

If you had a chance to see my recipe for lentils a few days ago then you saw the teaser image I shared about my favorite way to enjoy them and I hope it piqued your interest enough to look at today’s recipe . Beans and rice–or in this case, lentils and rice–is as basic as it gets when it comes to food but the combination packs a punch both in flavor and nutrition. And the legume/grain combination is not just a Latin or Caribbean staple.

Mujadara, majadra, mejadra, mujadarra: there may be as many different spelling variations as there are versions of this Middle Eastern classic. Mujadara is simply lentils and rice garnished with fried onions. Sometimes cooked with spices, other times not, it’s a humble dish that can be eaten on its own, as a side dish, cold, warm, at room temperature, with yogurt or without.

My favorite neighborhood falafel spot serves mujadara and when one day I decided to skip my usual falafel wrap in favor of falafels a la carte with a side of lentils and rice, I declared it one of the best decisions I’d ever made after taking one bite. Mujadara is so much more than the sum of its parts and it has become my go-to way to eat lentils over the years.

How to Cook Mujadara

The traditional preparation for mujadara involves par-cooking lentils separately before they are combined in a pot with uncooked rice to finish cooking together. Crispy fried onion slices are then added as a topping. Simple and straightforward.

My recipe below takes advantage of using already-cooked lentils and rice (which are conveniently always available in my refrigerator) and briefly heating them in a skillet together. The lentils in my recipe have been infused with enough flavor while they cooked on their own so there’s plenty to share with leftover rice. If you use lentils that have not been cooked in spices and/or stock you can add seasonings when you stir-fry them together.

Using previously-cooked lentils and rice, the only component that needs to be prepared is the onion topping. Tradition calls for crispy fried onion slices but at my local falafel place they’re soft, mildly caramelized and get the credit for making their mujadara special.

The onion component takes roughly 20 minutes on the stove but it’s easy work and again, the mujadara wouldn’t be the same without it. In a pinch you can probably use store-bought fried onions or shallots but I highly recommend cooking them yourself for the tastiest results.

If you have not tried mujadara before you might be surprised by how satisfying a humble trio of lentils, rice and onions can be but once you taste it you’ll quickly add mujadara to your regular rotation. In these pictures I’ve served it with a simple tomato-cucumber salad and garnished it with parsley but you really don’t need anything else–mujadara is loaded with star power on its own. 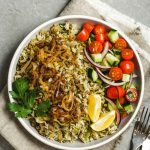 This is a shortcut version of classic mujadara because the recipe uses already-cooked rice and lentils but the results are no less delicious.

Prepare and Assemble the Mujadara 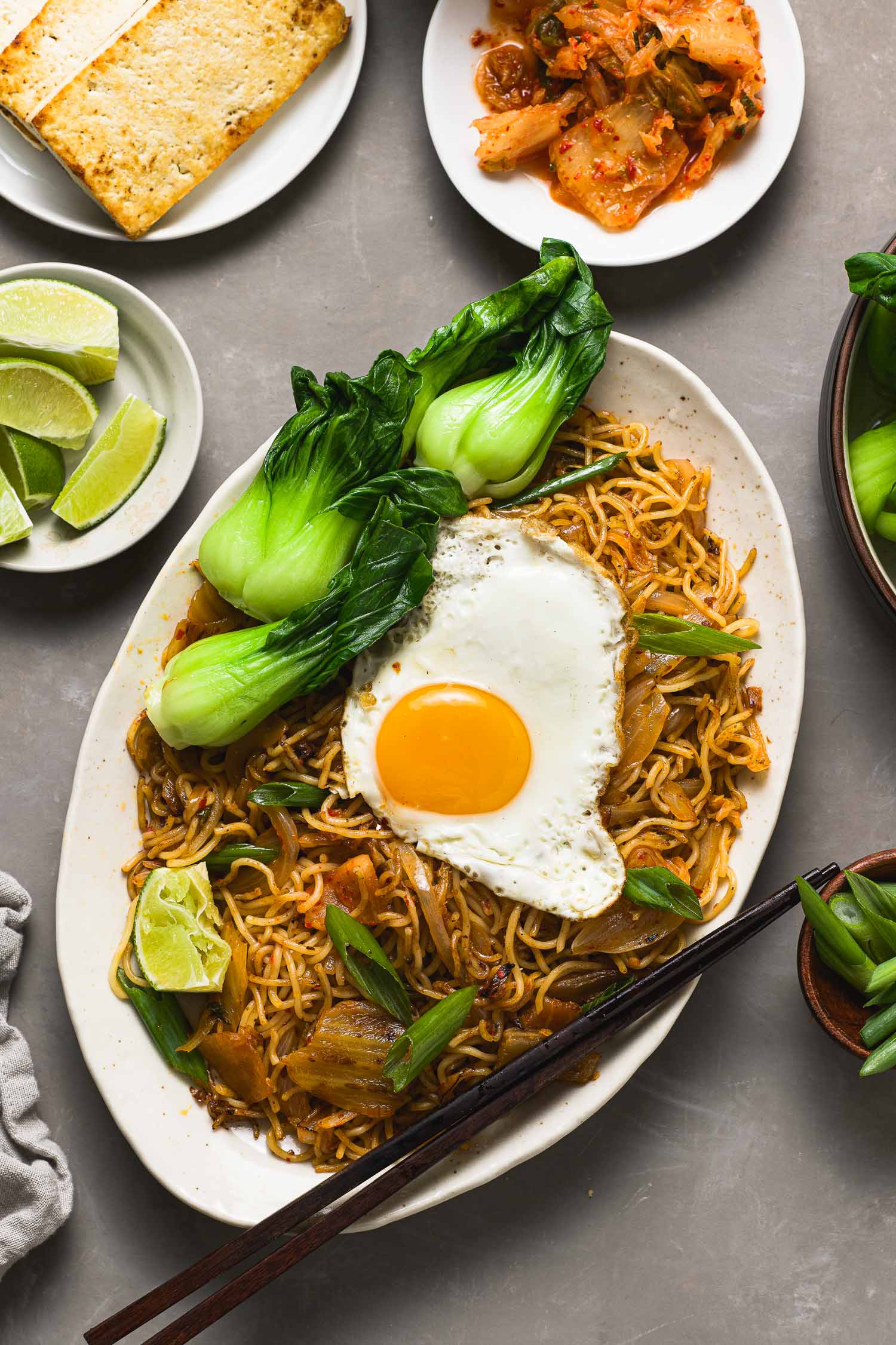