These ribs are different than the American ribs we’re used to. Instead of traditional barbecue sauce these are slathered with an herb-loaded vinaigrette. The sweetness is still here and it’s been a proven crowd-pleaser.

Today is the first day of summer and how serendipitous that I’m sharing this recipe. Ribs are quintessential summer food but I will admit that I have not prepared them a lot. It’s not that I don’t love them–I do–burgers just always seem to make it to the top of the list of my summer menu.

Maybe if my husband and I threw summer parties like some of our friends do they would appear on our menu more often. This recipe is a pressure cooker adaptation of the original oven version and my friends have made it a party staple over the years. I’ve recycled it once before by using the same flavors in this roast chicken and it’s been well-received, too.

But as American as ribs are, what I love about this recipe is that it offers something different than the traditional barbecue sauce we’re all used to. Herbes de Provence, mint and balsamic vinegar are the flavor boosters here–still slightly sweet from sugar and the balsamic vinegar but so full of freshness and brightness from the herbs, particularly the mint.

The original recipe is a gem I came across in a cookbook years ago featuring rustic recipes from southwest France. With an original cooking time of two hours and my current fascination with pressure cooking it was the perfect candidate to experiment with in my Instant Pot.

I still maintain that pressure cooking is not the magic solution for all recipes. It’s hard to build layers of flavor and depth in just a few minutes of pressure time but the more I use it the more I can justify a spot for it in my kitchen.

For this recipe, the Instant Pot is wonderful for cutting the total cooking time by half but the ribs need a flavor boost so my workaround is to use a dry rub to season the meat before it goes in the pressure cooker (this is not part of the original recipe). I recommend seasoning the meat the night before and allowing the salt to be absorbed into the meat. This is an optional step but makes a difference. As a same-day recipe I would recommend applying the dry rub for at least an hour but a few hours would be better.

But the real star of this rib recipe is the herb-oil glaze. The Herbes de Provence is not as prominent as you might expect so if you’re half expecting to be eating potpourri-flavored ribs this is not what you’re getting. For me, the highlight is the mint so I load up on it in the glaze, doubling the amounts called for in the original recipe. It seems almost ridiculous to say that these ribs taste refreshing but that’s what the mint does. And with the balsamic vinegar and sugar they combine to add subtle sweetness and brightness to the ribs.

Over the years I’ve taken to doubling the recipe for the herb-oil glaze (but not proportionally doubling the sugar) because I like to serve extra at the table. The mint wilts and loses its brightness under the broiler and, in case you want to hear it again–the mint is my favorite thing here so I like to brush the broiled ribs with another layer, partly as a condiment and also as a way to lend an extra layer of flavor.

If you’ve been reading my blog for a while you might think it brazen of me to share three recipes using the same base flavors and call them new each time. But speaking as a cook, discovering what works and putting a new spin on the old is part of the fun, right? It took me a while to realize that the glaze would be equally tasty with chicken and I could have easily added the Instant Pot instructions to the original rib recipe but I was convinced you might never find it in Googledom or Pinterest land. Then you’d miss out on this wonderful take on summer ribs and that wouldn’t be a good thing at all. 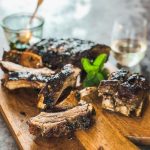 These ribs are different than the American ribs we're used to. Instead of traditional barbecue sauce these are slathered with an herb-loaded vinaigrette. The sweetness is still here and it's been a proven crowd-pleaser.

Doubling this Recipe: You can double the recipe by using two racks or ribs but you won’t need to double the stock. You can add up to two cups of stock and increase the pressure cooking time to 13-15 minutes but keep the natural pressure release (NPR, Keep Warm) time the same at 1o minutes. With these times the meat will not be falling off the bone but they will be tender. Adjust the cooking time according to your preferred doneness for your ribs.

Herb-Oil Glaze: I like to double the recipe so I have extra glaze to brush on the ribs. The mint and slight sweetness from the sugar and balsamic vinegar add a lot to the ribs so I like to serve extra on the side. If you do double the recipe, I don’t recommend doubling the sugar. I’d use no more than 3 tablespoons for a double portion but adjust all the seasonings according to your taste. I like to load up on the mint. 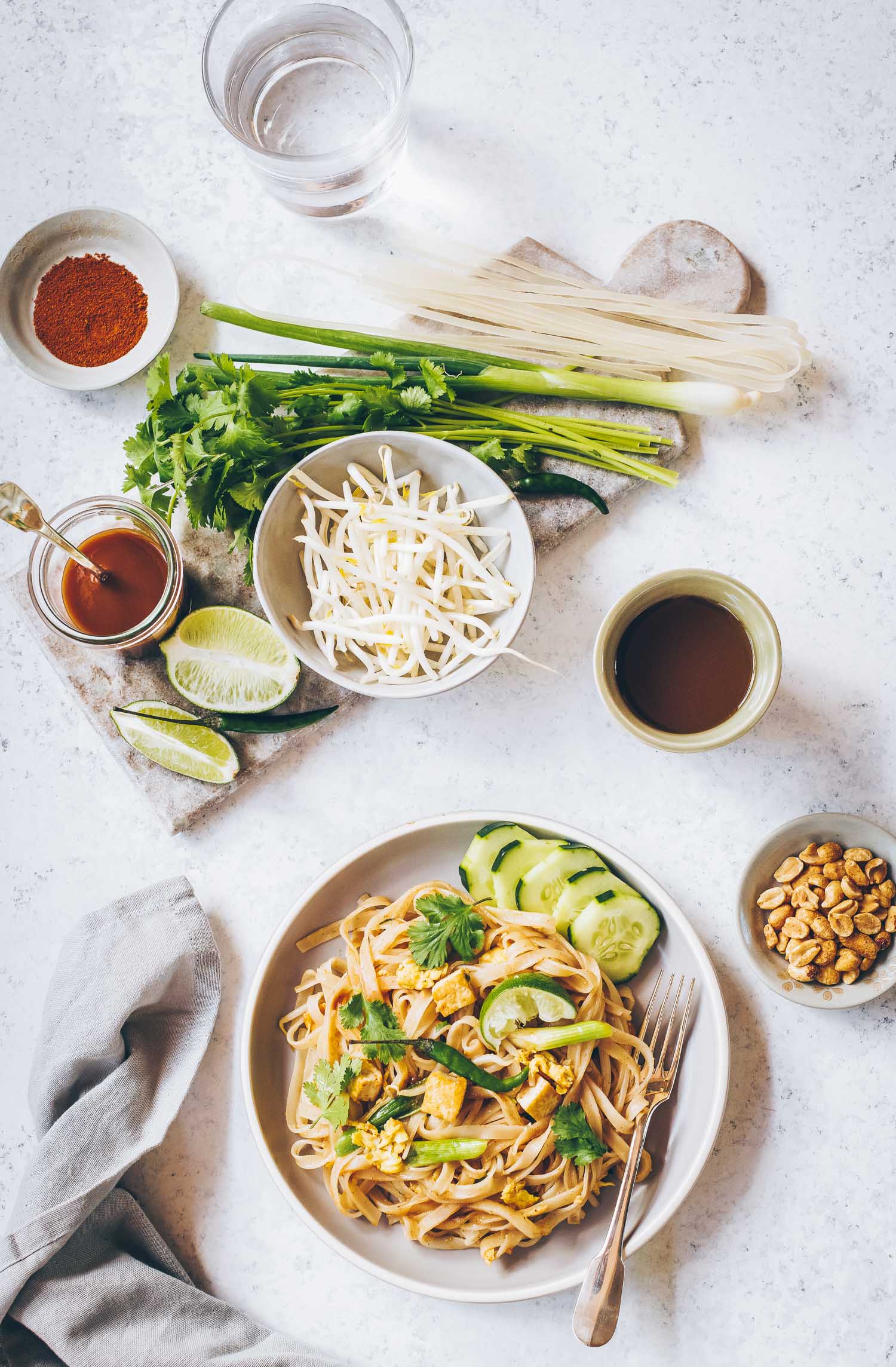