Velveting is a Chinese technique used in stir-fry dishes that leaves meat succulent even after frying. It works well in this classic Filipino noodle dish. 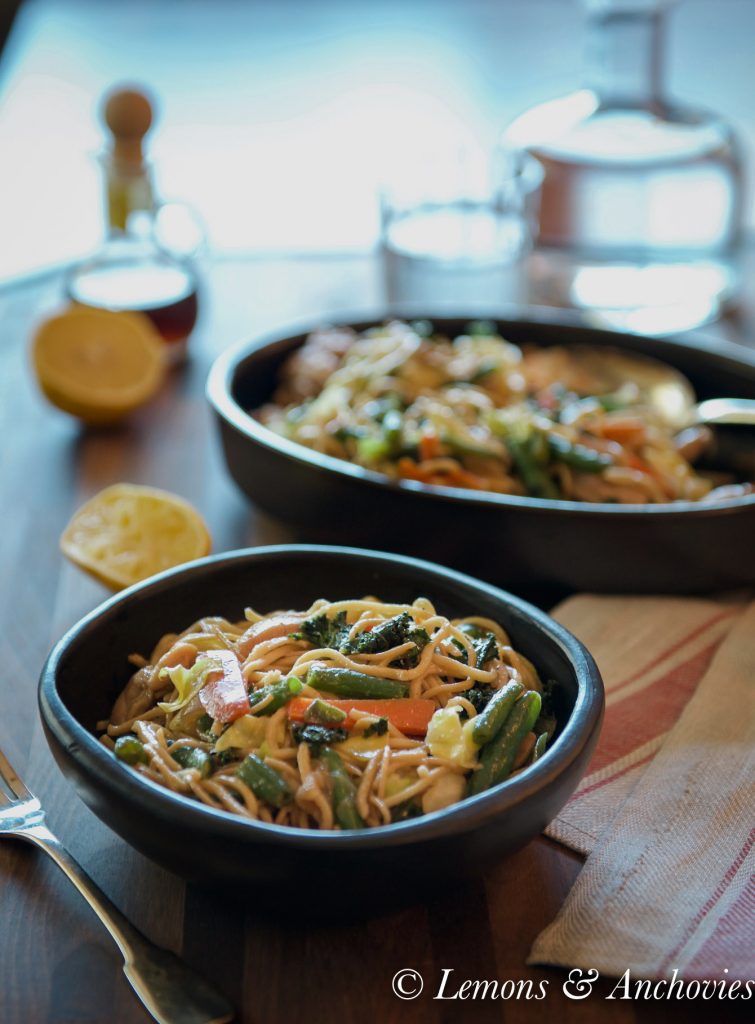 Recalling a lunch room conversation with an office mate nearly twenty five years ago I’m reminded of how desperately ignorant I was about cooking then. I was in my first real job out of college, still living at home enjoying my mother’s cooking. It would be another year or two before I leave the nest and move into my own apartment…conveniently a mere three miles away from my parents’ home where my claim to the same chair at the family table remained secure. The intention to cook was there. I stocked my refrigerator every week but with long work hours coupled with the convenience of meeting friends for dinner, more produce went to the trash than I would like to admit.

Me: “Oh, what restaurant did you get it from?” (I had assumed that she was eating restaurant leftovers.)

Me, with a look of awe: “You know how to cook chow mein?”

Friend, incredulous: “You mean you don’t know how to cook chow mein?”

We were the same age, of a similar upbringing, both fresh out of college, both of Asian heritage (she Chinese, me Filipina) and our cooking experiences couldn’t be more different. I had no interest then. My mother had a willing apprentice in one of my younger sisters so there was no pressure to learn to cook. Besides, I was good at doing dishes. 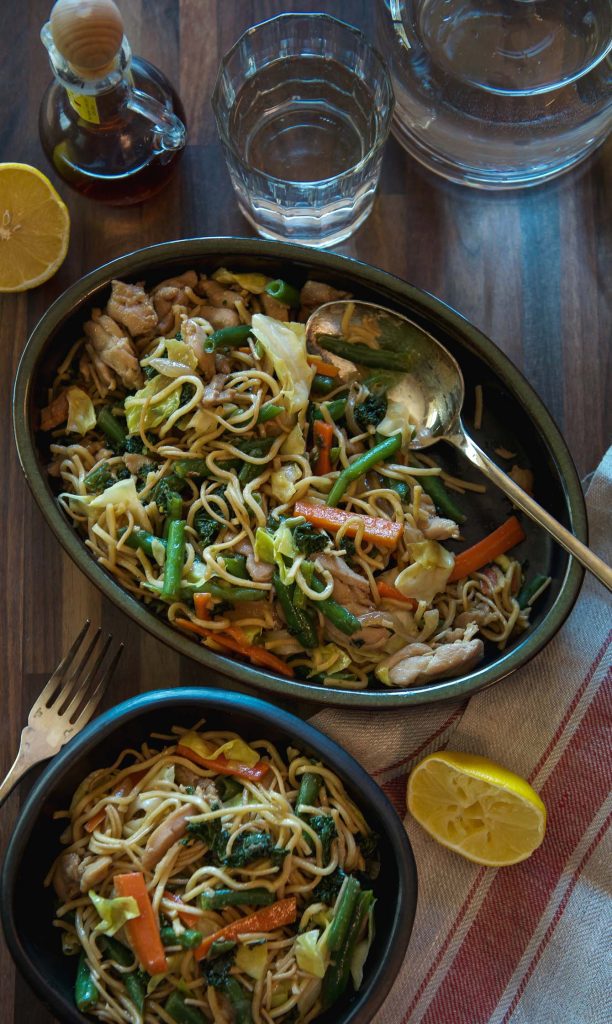 Perhaps it’s no coincidence that this memory came to mind when I prepared Pancit Canton recently. Of the multitude of noodle dishes that Philippine cuisine boasts, Pancit Canton (translation: Cantonese noodles) most closely resembles Chinese chow mein. Both are nothing more than stir-fried noodles with vegetables and a little meat (though Canton noodles have a flavor all their own, more distinctive than chow mein noodles). But despite a name that implies Chinese origin there is no documentation that proves this to be the case. Not unlike Singapore noodles, really. The latter is a popular Chinese-American menu item with no traceable provenance in Singapore.

How to Velvet Chicken

What I’m happy to share is that I’ve learned to employ a Chinese cooking technique that works well in this classic Filipino dish: velveting chicken. Maybe you’ve heard of the term before? It’s the process of marinating pieces of meat (any meat) in egg white, corn starch, rice wine and some flavoring component before flash cooking in oil or water. The meat remains tender and succulent and stands up to high-heat stir frying without getting tough. I always ended up with dry stir-fried chicken breast pieces until I learned to use this technique.

I’ve learned to embrace a simpler method over the years and have found my lazy way to be just as effective: I often skip the egg white and just rely on the corn starch and seasonings to flavor and tenderize my meat. My marinate time is the handful of minutes between tossing the meat in the corn starch and seasonings and prepping the rest of the ingredients for my stir-fry. It’s one simple step that has made a world of difference in my cooking. And while my cooking journey is far from over, I’m no longer the girl who was awestruck by homemade chow mein–I can whip up a pot of noodles in a jiffy. I’ve come a long way since that eye-opening day nearly 25 years ago…at least with noodles. 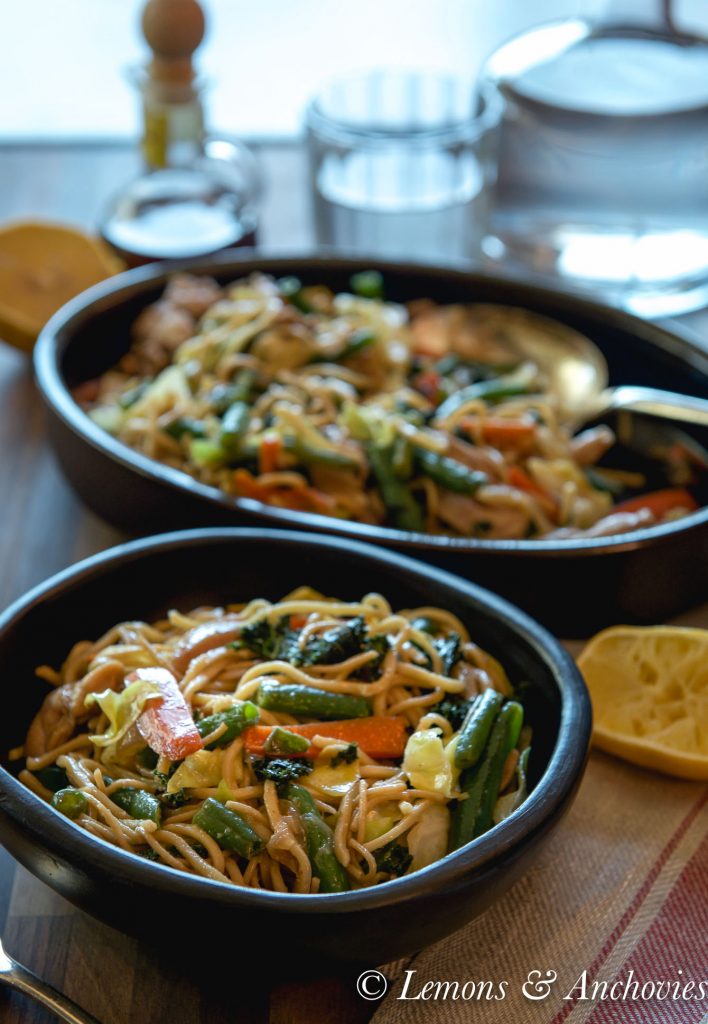 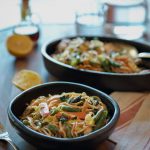 This is a loosely-measured recipe but it would be difficult to get wrong. Use the smaller measurements and adjust seasonings to taste. 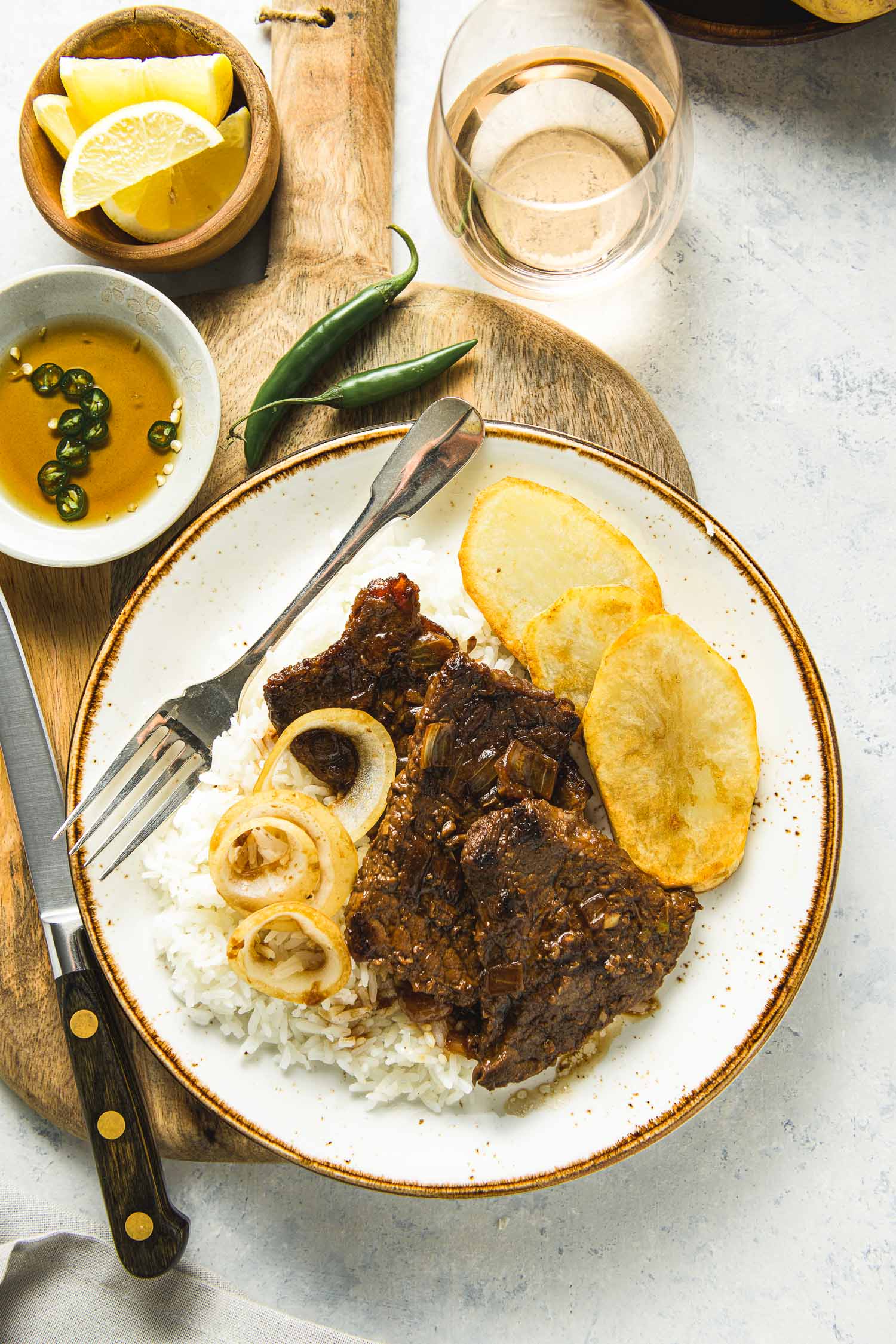