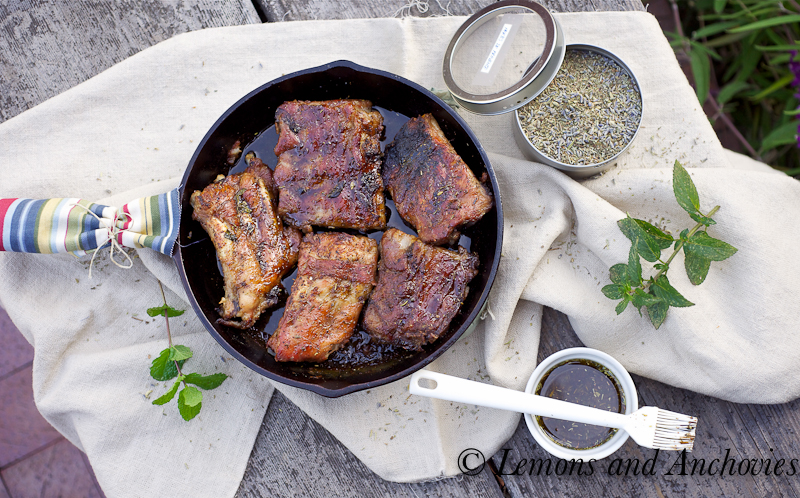 The oak trees in our yard are quickly shedding their leaves to prepare for the coming winter.  In contrast, Pilot, my normally petite cat is just a bit bigger as he’s now holding on to his fur (and hopefully appears more formidable in the eyes of the field mice).  The resident Great Horned owls are making their presence known to each other with their mating calls, their hoo-hoo-hoo from late evening to early morning one of the most welcome, beautiful sounds I’ve ever heard.  When I step out at night the air is crisp and chilly, delivering a bite to my cheeks that grows just a bit sharper each day.  I am responding to nature’s changing mood, as well.  I’m hungry for more substance on my plate.  No longer is a simple salad sufficient for a meal; now it is desirable only as a prelude to a heartier, more robust main course. 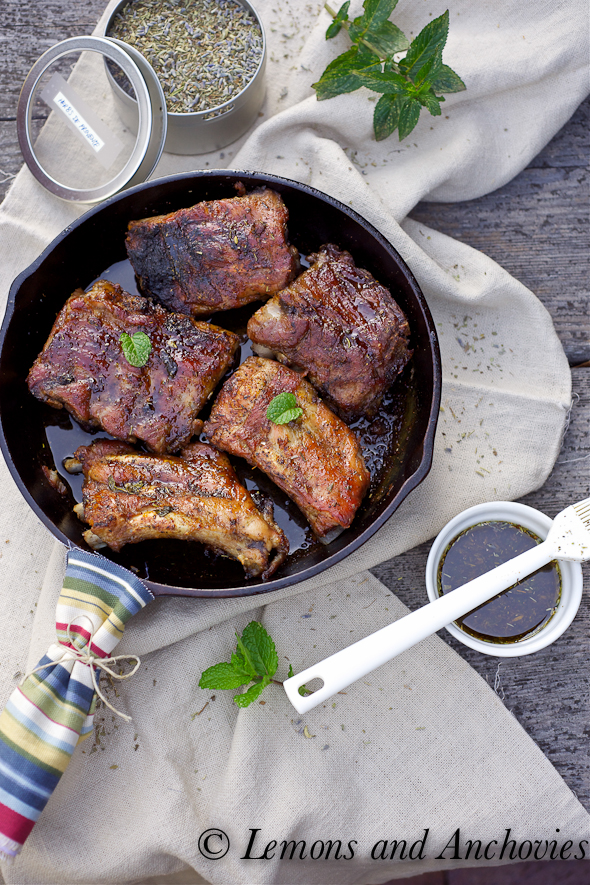 If you look at my category cloud on my sidebar you might notice that beef and pork are quite underrepresented though I enjoy both very much.  I shared these Pork Ribs with Orange Glaze last year, the citrus and herbs winning my heart for the twist on the classic, sweeter preparation.  In the Languedoc region of southwest France spareribs are prepared in the oven, roasted until the meat is very tender.  Traditionally, a special implement called a flambadou, a perforated wrought iron cup (that was secured to a rod) was used as a basting instrument.  It was heated until red-hot and a piece of country ham fat was placed inside.  As the fat melted it would drip onto the ribs, imparting a charred, ham flavor to the meat.  Then an herb-infused oil would be brushed on the ribs as a finishing touch.

I have no flambadou but melt-in-your-mouth spareribs infused simply with herbs de Provence and mint sounded no less appetizing to me.  After rubbing the ribs with salt and pepper, I let the oven do the work.  The oil–infused with a mix of dried herbs, fresh mint, balsamic vinegar and sugar–was used to glaze the meat before broiling and I couldn’t have been more pleased with the results.  I am certain that the traditional Languedoc preparation would have been superior to this, more modern, version but I can honestly say that the ribs I served in my northern California kitchen successfully transported me to southwest France, even just for a short while. Oo la la! 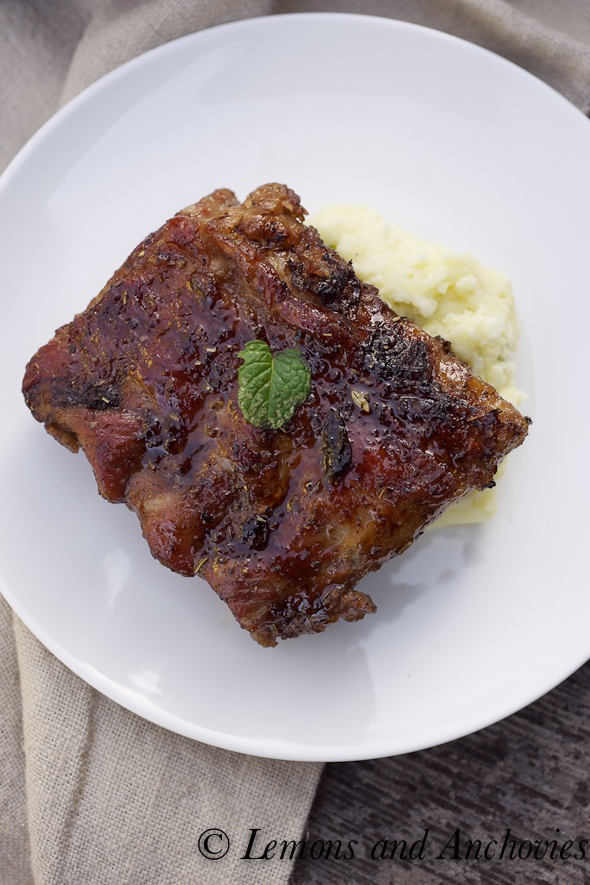 * adapted from The Cooking of Southwest France

1. For the herb-oil, combine the ingredients from the herbs to the balsamic vinegar and set aside.

2.  Preheat your oven to 350 degrees F.  Rub the pork with salt and pepper, place in a roasting pan (I used a cast iron skillet), cover with foil and bake for two hours.  With only two pounds of meat for my version, mine was done in about 1 1/2 hours.

3.  Turn on your broiler, remove the foil covering the ribs and brush herb-oil on the meat.  Broil until the meat is crisp and brown.  Repeat for the other side of the ribs.

4.  Transfer to a plate and serve.