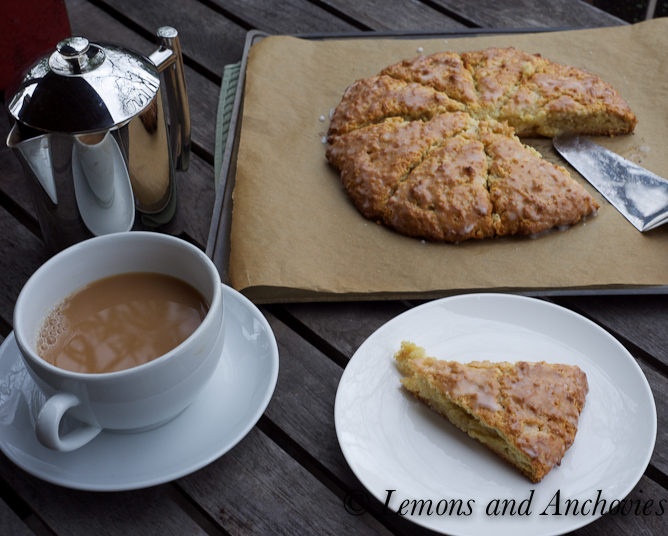 So far, so good.  We’re halfway into the first week of the new year and I’ve eaten a healthy breakfast for most of those days.  If I’ve never mentioned it here before, I’m not big on breakfast.  The only exceptions are when I’m on vacation (in which case I find myself craving it) and when I have to fuel up before a bike ride.  Otherwise, I’m content to sip several cups of tea throughout the morning until hunger pangs get my attention sometime around midday.

Over the years, my husband has gotten into the habit of asking me first whether or not I’ve eaten before deciding to run a midday errand with me.  I may have interrupted the swift running of those errands one too many times by making him stop to grab a bite to eat…just once or twice.  This year I’m off to a good start.  I’ve been breaking my fast with a big bowl of chopped fresh fruit, a generous dollop of plain, nonfat yogurt and a sprinkling of granola.  It’s a mild variation on husband’s daily ration of steel cut oats, Pavel’s yogurt and fruit.  Both are quite good, actually.  I’ve forgotten how much I like this type of breakfast, so to get my year off on the right foot, I chopped several days’ worth of pineapple, apples, grapes, and blueberries; each day the fruits get sweeter as they macerate in their own juices.  My husband is happy, too, since it gets him out of his apple-a-day rut. 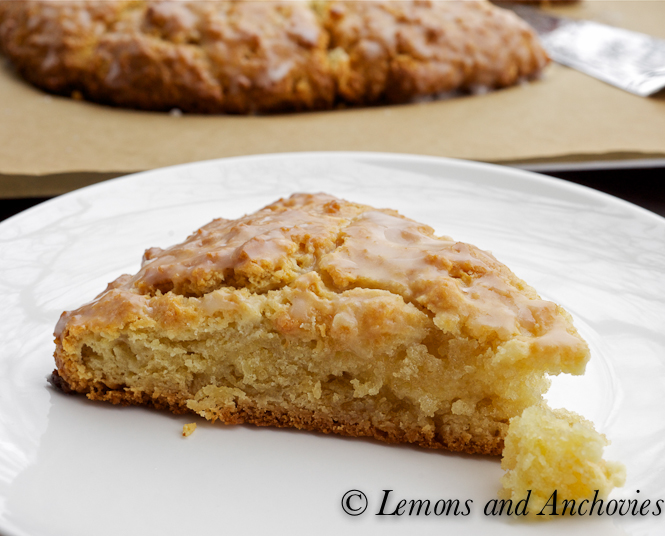 But enough about that.  I’ve also been craving scones.  One of my weekly market stops has a Starbucks conveniently parked inside and I’ve been such a glutton for their mini vanilla bean scones.  They’re mini but I always buy three.  They’re glazed and I’m assuming have real vanilla beans since the little triangles are freckled with tiny black dots.  These little guys have saved me from buying much worse while trying to quell those aforementioned midday hunger pangs and they’re quite tasty.

As you can see from my version, they’re not mini at all.  I cut mine into wedges the way I have always prepared my scones.  I found a recipe that purports to taste like the Starbucks version so I had to give it a try.  The verdict? These got my oatmeal-eating husband’s vote.  The vanilla flavor was just right and the scones were not dry at all.  My dough came out a little too wet since I supplemented my scant cup of creme fraiche with buttermilk but I don’t think this harmed the final product.  Next time, I’ll use a real vanilla bean to make these even better.  I was just afraid to use a vanilla bean pod for fear it would go to waste on a new recipe.  Not so in this case. 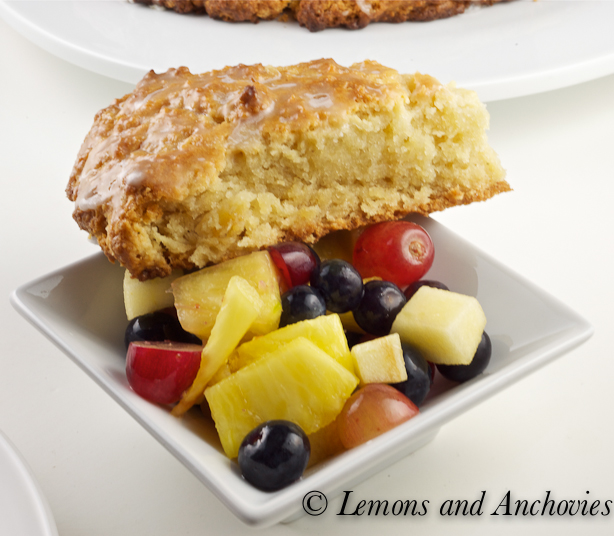 Preheat oven to 400ºF. Sift together dry ingredients in a bowl.

Cut the butter into the dry ingredients until flour looks like coarse meal.  In another bowl, whisk together the sour cream/buttermilk, egg yolk and vanilla extract. Add to the flour-butter mixture and stir until dough forms a ball. Make sure the dry bits fully incorporated. If you follow the original recipe exactly, your mixture may look too dry but the author says not to worry.  If you decide to add buttermilk like I did, you will find the mixture a little wet.

Place the sticky dough onto a parchment-lined baking sheet and pat into a disk about 1-inch in height. Cut the dough into wedges but do not separate.

Bake for 15 minutes or until golden brown on top.  With my wetter dough, I ended up baking a few minutes longer but I’m very happy with the way mine turned out. I continued to bake in 3-minute intervals until the center of the scones were not so wet.

To prepare the glaze:  Place powdered sugar in a bowl and add water one teaspoon at a time until the mixture is smooth and runny.

Use a pastry brush to apply a thin layer of glaze over the hot scones. Brushing rather than drizzling gives a smoother appearance and requires less glaze.